On the lead up to CES there have been lots of interesting talking points on rumour websites and forums as to which cameras might be unveiled. So what cameras can we expect and from whom?

Well, trawling the rumour websites suggests it’s not going to be a show for any major DSLR launches from Canon or Nikon. Both manufacturers had a huge year in 2012, with Canon launching no fewer than three full-frame DSLRs to the EOS range – the 1D X, 5D Mark III and 6D. Not one for staying out of the limelight, Nikon also released three full frame DSLRs. First there was the D4 in early 2012, then the D800 with its astonishing 36.3MP resolution and finally the cheapest and most affordable full frame DSLR currently on the market – the D600.

With these major launches last year, it suggests Canon and Nikon may decide to focus their attention on entry-level DSLRs this year, not forgetting the expansion of their compact system cameras. If rumours are to be believed, there’s talk of a Nikon 1 J3 and Nikon 1 S1 arriving at CES. If the J3 were to appear, it would arrive just four months ahead of the J2, which would be surprising. As for the Nikon 1 S1, this is rumoured to sit below the J2 and rumoured J3 with a very basic spec, although still compatible with Nikon 1 system lenses. 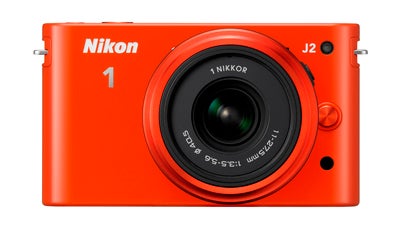 There are strong rumours to suggest Nikon may be getting ready to launch the Nikon 1 J3 at CES. There’s also talk of a Nikon 1 S1 arriving, which would sit beneath the J2 and J3, potentially making it the cheapest and most affordable Nikon 1 camera to date.

On the subject of lenses, there’s talk of Nikon possibly announcing the availability of two Nikon 1 lenses – the Nikkor 10-100mm f/4-5.6 and the Nikkor 6.7-13mm f/3.5-5.6. Of course both these lenses were first announced in October last year, but we’re yet to see any pre-production samples in the flesh.

For Canon users there’s no word of any camera releases at CES, but there are rumours of two new EF L-series lenses that could be on the way. Nothing is confirmed to date, but there’s speculation of an EF 35mm f/1.4L II and a EF 14-24mm f/2.8 L. If the latter were to be released it’ll make an interesting comparison up against Nikon’s 14-24mm f/2.8 – a lens that’s regarded as one of the finest wide-angle zooms available for full frame DSLRs today. 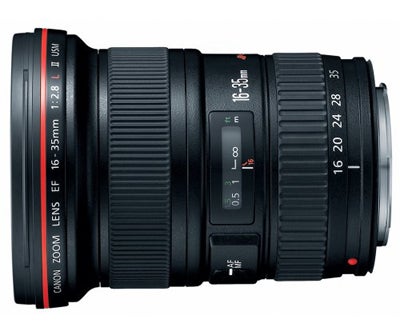 The EF 16-35mm f/2.8 has proven to be a popular wide-angle zoom for Canon full frame users. There’s talk of Canon releasing another L-Series wide angle zoom in the form of a EF 14-24mm f/2.8.

If these Canon lenses were to be released at CES 2013 we’d hope to lay hands on some pre-production samples and bring you a first-look report. Other than the lenses, we haven’t come across any talk of Canon renewing its PowerShot G-Series, but you may recall it was refreshed with the G15 back in September. The G1 X is now almost a year old and it’ll be interesting to see if Canon continues with this line now that the EOS-M system has been created.