With the price of Fujifilm’s X100 continuing to drop and with it being listed as ‘no longer available’ by some retailers, a replacement could well be on the way.

The X100 was launched back in 2010 at Photokina, but what would Fujifilm name the successor to its revolutionary X-Series camera? Maybe an X200? Maybe an X200s? Who knows – all we are aware of is that it’s rumoured by some to feature an X-Trans sensor, which first appeared in the X-Pro 1. Claimed to deliver the highest resolution and colour reproduction of any competing full frame sensor on the market, despite it being APS-C size, it’ll be interesting to find out what resolution a successor to the X100 would offer. 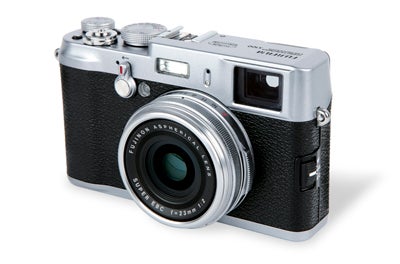 There’s talk that Fujifilm could be set to launch a successor to the X100 at CES 2013. The model name is expected to be the X200.

We’ll just have to wait and see if an X200 arrives at CES, but a few comments from users of the X100 suggest they’d like to see a faster and more accurate autofocus performance, a faster fixed lens, a longer-lasting battery and a closer minimum focus distance. Will Fujifilm apply any of these changes as a result of listening to its users? I guess it’s only a matter of days now before we find out.