Olympus is about to launch a series of new compacts if you can accept that suggestions on various rumour websites are true. There are no indications of a new CSC on the horizon and instead it’s believed that Olympus has spent time developing its line-up of Tough waterproof compacts. 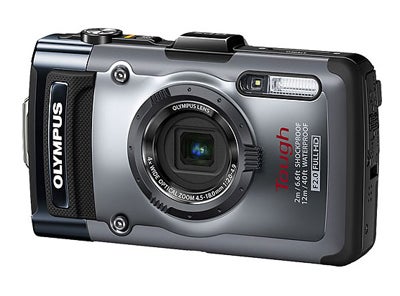 If rumours are true, Olympus may be about to launch a new flagship Tough compact at CES 2013.

The TG-1 has been the flagship compact in Olympus’s Tough range since May last year. Although it’s not old, its successor may be set to launch at CES. Presuming the new Tough camera has been improved; we’d expect it to be waterproof to greater depths and shockproof from greater heights. The Olympus Tough TG-1 was waterproof to 12m (40ft) and shockproof from a height of 2m (6.6ft). If we were to guess, we speculate the waterproof depth might be increased to 15m (50ft). There are also several suggestions that it may feature a faster lens.