What could Samsung be unveiling at CES? Undoubtedly, there will be new TVs, tablets and smartphones, but what about their NX-series of cameras? Leaks on the internet suggest a new NX30 may be set to arrive, superseding the NX20. It wasn’t all that long ago that Samsung introduced the NX1000, NX210 and NX20, so is there really a likelihood that this is on the cards? There would be less than nine months between the NX20 and NX30 appearing if this was the case, so our feeling is that it won’t arrive at CES 2013 but possibly later in the year. 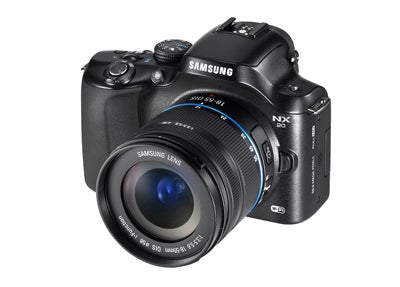 The Samsung NX20 was launched nine months ago. There’s speculation of an NX30 arriving at CES but we’re guessing it might arrive slightly later in 2013.

We do have our suspicions that Samsung may be set to launch something big at CES but we’re yet to put our finger on what it might be. There may be a few new lens additions to the NX series perhaps, but there are no rumours at present to support this inkling. In fact there aren’t many rumours on the various rumour sites at all regarding what cameras Samsung may be set to release. We could of course be barking up the wrong tree. We’ll just have to be patient and wait until the official press conference on the first day to bring you what’s new.