Our Essential Guide To Viewfinders And Rear Displays- Mirrors & Prisms

Aside from Sony, which has its own unique system, DSLRs employ one of two distinct types of optical viewfinder designs: a pentaprism or a pentamirror. While there are differences in the construction and performance of each, both rely on a mirror positioned inside the camera body at a 45° angle to the lens that bounces light up into the roof of the camera where the viewfinder optics are housed. Indeed, this is the defining characteristic of a ‘single-lens reflex’ (SLR) camera as it’s what allows you to see directly through the lens.

The main difference between the two types is that pentaprism viewfinders are constructed from a single piece of glass, whereas pentamirror viewfinders use a series of individual mirrors. Pentaprism units are heavier and more costly to produce than their pentamirror counterparts, which in turn means they are generally only fitted to more expensive DSLRs, with pentamirrors more commonly found in entry-level models.

In terms of optical quality, pentaprism viewfinders are the superior design also as they retain more light than their pentamirror counterparts, making them brighter and clearer in everyday use. 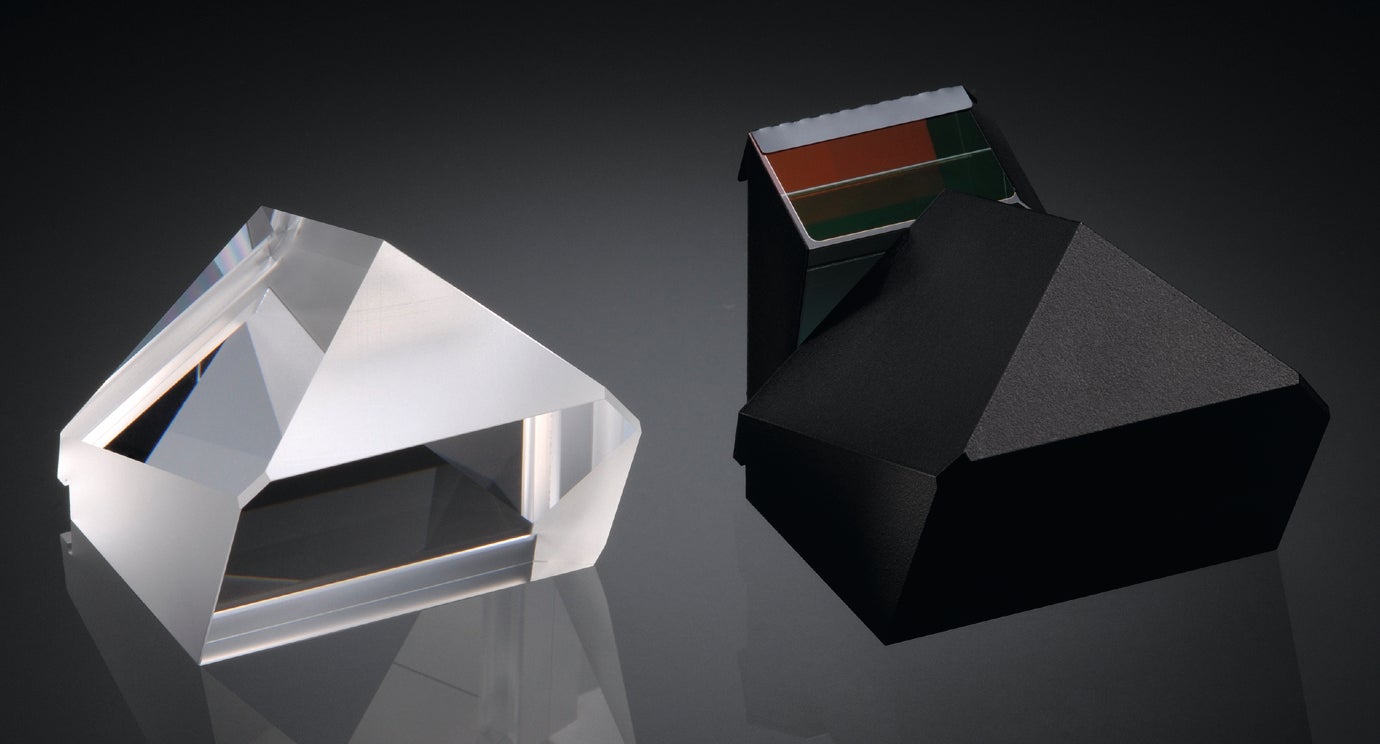 In addition to design type, three other important factors to consider when evaluating a DSLR’s optical viewfinder performance are window size, viewfinder coverage and magnification.

Window size refers to how big the viewfinder window appears when you hold the camera at eye level. As might be expected, professional-grade DSLRs offer much larger windows than entry-level models. That said, you can expect even the most basic pentamirror-equipped DSLR to have a significantly larger, brighter and clearer window than any tunnel viewfinder-equipped compact.

While single-reflex optical viewfinders provide flawless directional accuracy, they don’t always cover the entire frame. Again, more expensive DSLRs will generally offer better coverage, with pro-spec DSLRs usually offering 100% viewfinder coverage. For entry-level and mid-range models this usually drops to around 95-96%. Viewfinder coverage is important to bear in mind, because at 96% your camera’s sensor will actually capture slightly more than what you can see through the viewfinder.

Viewfinder magnification, meanwhile, refers to the size an object appears to be in the viewfinder image in relation to the size it appears when viewed with the naked eye. Most mid-range APS-C DSLRs offer about .8x magnification, which translates to 80% of the actual size, whereas cameras with larger full frame sensors tend to hover around .7x, which translates to 70%. Ideally, you want magnification to be as high as possible so that you get a truer representation of things when peering through the viewfinder.

This shouldn’t be confused with dioptre adjustment, as this refers to the small correction tool – usually a small dial on the side of the viewfinder – that’s used to adjust the perceived sharpness of the viewfinder image for long- or short-sighted users. It does this by moving a small lens at the front of the viewfinder and has no bearing on the camera’s AF system.