Digital camera technology has changed the way we take pictures. Not only can we now rattle off as many images as our memory card will allow, but thanks to the advent of digital displays and advancements made in viewfinder technology we can also choose how we want to compose our images and then instantly review them to see if they’re any good.

While many old film cameras indicated important shooting settings via a small monotone LCD display (usually on the shoulder of the camera), modern digital cameras almost universally come with a full-colour rear display that can provide a live feed of what the camera is looking at – a technological development that is generally referred to as live view. Depending on the type and price of the camera this may well be complemented by an eye-level viewfinder of either the optical or electronic variety.

While they might not generate the same marketing buzz that a fancy new sensor or exciting new technology does, viewfinders and rear displays are nonetheless hugely important components of your camera so it pays to be informed of the differences between the various types on offer and how they might affect your use and enjoyment. Here’s what you need to know… 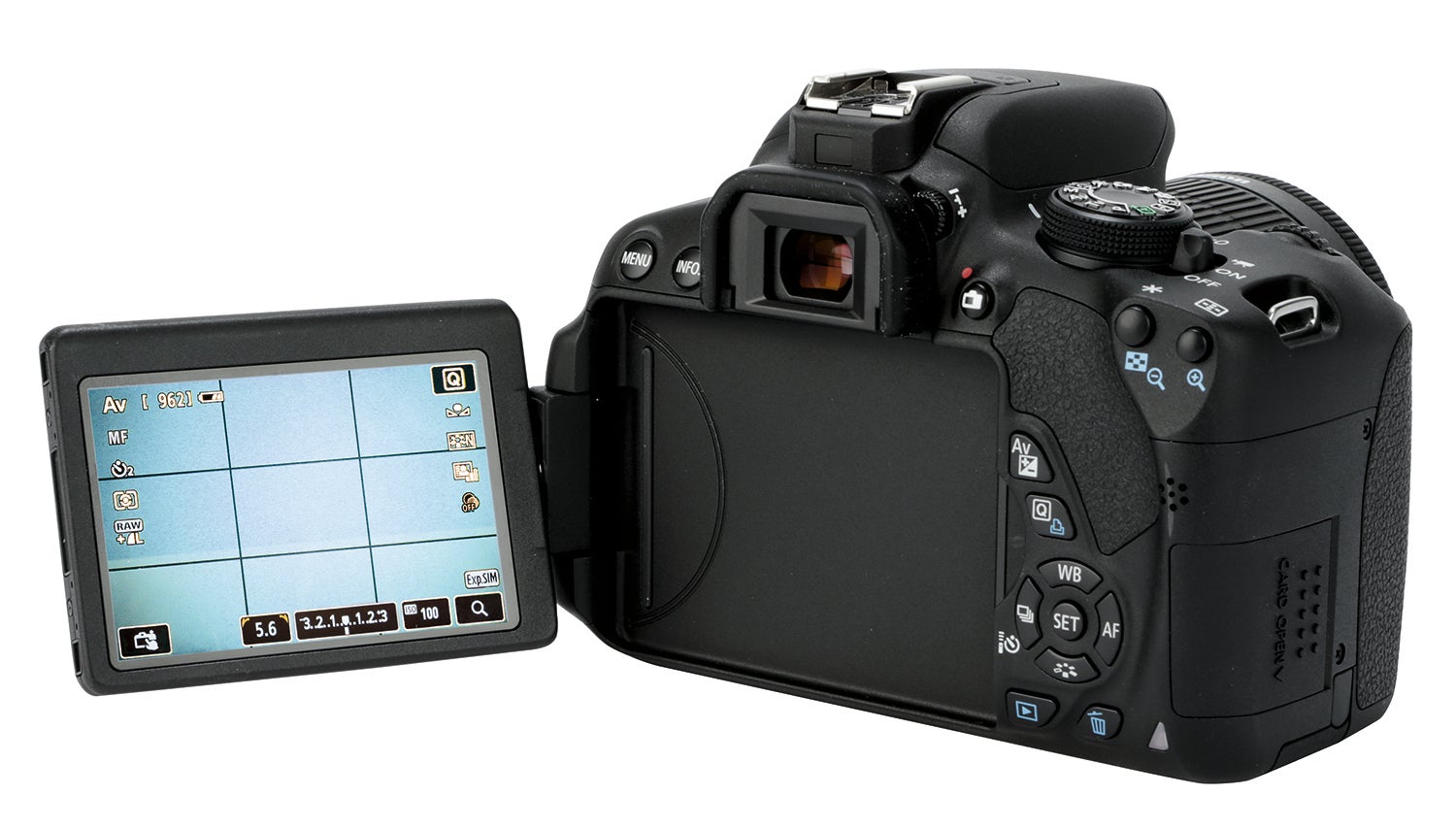 There are two types of built-in viewfinder that allow you to use a camera at eye-level: an optical viewfinder (OVF) and an electronic viewfinder (EVF).

Optical viewfinders can be split into pentamirror/pentaprism types that use mirrors to see directly through the lens, and tunnel types that use a separate optical arrangement that’s wholly independent of the lens. Many manufacturers also make standalone viewfinders of both the optical and electronic variety that can be attached to certain cameras via the flashgun hotshoe.

In contrast, most compacts and smaller Compact System Cameras don’t come with a built-in viewfinder at all and have no means to attach a standalone one either, relying instead on the LCD screen on the back of the camera, which presents a live feed of what the sensor can see.

Both approaches have their own distinct advantages and disadvantages; eye-level viewfinders help to block everything else out so that you can concentrate fully on what’s in the frame, however they do require the camera to be bigger in order to house the required mirrors and/or electronic circuitry. In addition, all but the very best optical viewfinders don’t give a completely 100% accurate representation of what the sensor will capture, with the presented image either slightly misaligned or cropped. While EVFs don’t suffer from this particular issue, cheaper versions will produce a noisy viewfinder image in poor light and can also struggle to keep up with fast-moving subjects.

Cameras that only come with a rear LCD display will offer 100% accuracy in terms of framing, and can also be made much smaller than their viewfinder-equipped rivals. Cheaper displays will generally lack sharpness though, and may also be hard to see in bright sunlight, or in extreme cases might even taint your images with an unrepresentative green or magenta hue colour cast.

While the majority of cheap to mid-range compacts are equipped only with a rear display, a small number of compacts – for example the Canon G16 – do sport built-in optical viewfinders, usually of the tunnel type design. These aren’t nearly as popular as they once were though, with manufacturers increasingly switching to electronic viewfinders instead.

The main benefit of a tunnel type optical viewfinder is that it produces a clean, natural-looking image and relays it instantly without any of the stuttering or flickering issues that can sometimes plague cheaper EVFs in low light. The big downside to tunnel viewfinders, however, is that because the viewfinder is offset from the lens they aren’t particularly accurate. This is referred to as the parallax error and manifests itself more the closer you are to your subject. Shooting at wideangle settings you can also expect to see the lens protrude into the viewfinder window, which can be a little off-putting.

Thankfully most tunnel viewfinders offer superimposed guides around the edges or corners of the frame, which you can use to ensure you don’t accidentally cut anything out of the frame when composing an image. Another thing to be aware of is that tunnel viewfinders tend to produce a very small viewing window, which can reduce their overall usefulness. If you’re after a compact with a built-in optical viewfinder then be sure to try before you buy.