Fujifilm has released a teaser picture of a new SLR-style X system camera, due to be announced on January 28th

Fujifilm has whetted everyone’s appetites for its new X system offering with a partially concealed picture of the new model, which will be officially announced in a week’s time.

The teaser picture, now visible on Fujifilm’s official website, gives a good view of the top plate of the camera. The raised viewfinder indicates that it’ll be an SLR-style mirrorless camera in the vein of the Olympus OM-Ds and the Sony Alpha 7/7R.

On the top we can see a few interesting features, including a dedicated ISO dial, exposure compensation and a shutter speed dial with a locking button as seen on the X-Pro1. 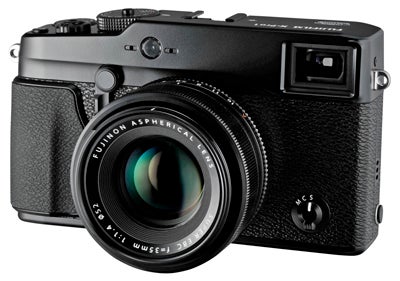 Other features visible in the shadows include a sync socket on the front, a movie record button and an Fn button to activate Wi-fi. We’ll have to wait a little longer to get some word on the internals – our hunch is there’ll be a redesigned sensor, with rumours of a patent for an image sensor with enlarged green photosites, while Fujifilm as a company is also working with Panasonic on the organic sensor.

You can take a look at the teaser image on the Fujifilm website while we wait for the official announcement on January 28th.