Developing on the Pentax Q, the Pentax Q10 is the latest interchangeable lens compact in Pentax's CSC lineup.

Pentax has announced the Pentax Q10 digital interchangeable-lens camera – a development on the Pentax Q model that first arrived on the scene in August 2011.

With a newly adopted 12.4MP CMOS image sensor and an upgraded algorithm, the Pentax Q10 promises to deliver an improved basic performance, enhanced image quality and faster AF operation. With an ISO ceiling of 6400, the Pentax Q10 retains all the creative features of its predecessor – including the bokeh control function to create a defocused effect typical of an SLR camera and the Smart Effect modes to apply various filters with a simple turn of the dial – allowing the user to produce more personalised images with minimal effort. 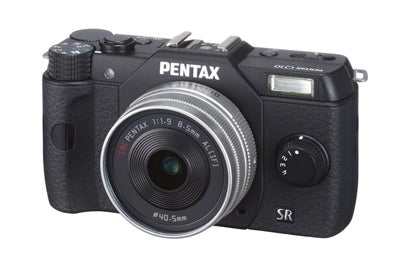 While the overall exterior design closely resembles the Pentax Q, which was designed as a miniature version of a full-scale digital SLR camera, the Pentax Q10 has several upgrades to its body design, such as a special grip for more stable hold of the camera, and improved operability and maneuverability. 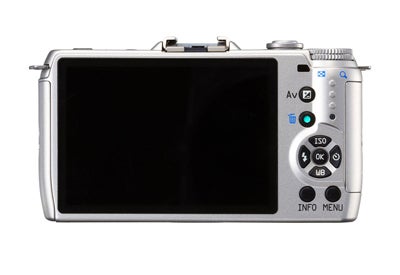 Thanks to the new image sensor and an upgraded AF algorithm, the Pentax Q10’s autofocus operation is designed to be faster than before. An AF Assist Light is provided on the camera body to optimise focusing accuracy in dark shooting environments, while the Face Recognition AF function automatically detects up to 12 faces and pinpoints the focus on the main subject. 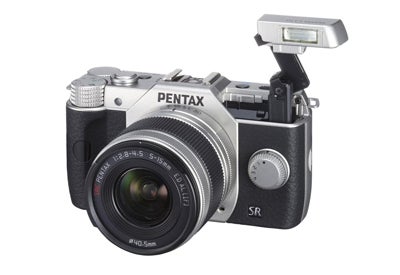 Capable of shooting a burst of images at 5fps in its high-speed continuous shooting mode, the Q10 is claimed to record a maximum of five JPEG images in a single sequence.

The Pentax Q10 comes equipped with a Full HD movie-recording function in the H.264 recording format, allowing the user to capture high-quality, extended movie clips (1920 x 1080 pixels) at a frame rate of 30 frames per second. There’s also the option of using autofocus as movies are being captured and the Q10’s DRII (Dust Removal II) mechanism prevents dust or dirt adhering to the sensor when lenses are being changed.

To read all about Pentax’s new 06 telephoto 15-45mm lens for the Q-mount system click here.