On the same day the K-5 II and K-5s were announced, Pentax has also unveiled four new lenses.

At the same time as announcing the K-5 II and K-5 II s, Pentax has unveiled four new lenses, including a new optic for the Pentax Q and Q10 models.

The Pentax-06 telephoto 15-45mm zoom is an interchangeable telephoto zoom lens designed exclusively for the super-compact Q mount cameras. Covering a focal length between 83mm and 249mm in the 35mm format, it features a constant f/2.8 aperture throughout the zoom range. Measuring 56mm in length and 50mm in diameter, the super small zoom weighs a mere 90 grams on the scales and incorporates two ED (Extra-low Dispersion) glass elements and one super-low dispersion element to effectively compensate for chromatic aberrations. Available from mid October this lens will cost £249. 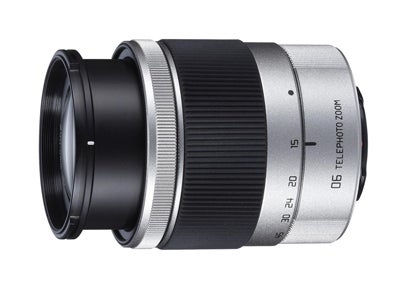 The second lens release sees the HD Pentax-DA 560mm f/5.6 ED AW added to Pentax’s range of optics. This super-telephoto lens has been designed for exclusive use with Pentax DSLR’s that feature the K-mount, such as the recently announced K-5 II and K-5 II s. Mounted to a K-mount camera body and after taking the 1.5x multiplication factor into consideration, the lens offers a whopping 859mm equivalent focal length in 35mm terms. Since the lens’ unique telescope optics requires fewer optical elements than conventional lenses, it supposedly delivers sharp, well-defined images of distant subjects. Incorporating two ED (Extra-low Dispersion) elements, the lens features a constant f/5.6 aperture and is expected to be available from early December. As for the price, it doesn’t come cheap. Expected to cost a fraction under £5999, it’s a specialist lens for a specialist purpose.

The other K-mount lens Pentax have released is the SMC Pentax-DA 18-270mm f/3.5-6.3 ED SDM. Suitable for use with Pentax DSLR’s such as the K-30 and K-5 II, this high magnification zoom lens offers a 15x zoom ratio to cover focal lengths from 27.5mm to 414mm in the 35mm format. Featuring a supersonic AF drive mechanism to keep autofocus as smooth and as fast as possible, the lens incorporates two ED (Extra-low Dispersion) elements in its optical design and offers a minimum focusing distance of 49cm. Allowing users to capture a range of scenes from landscapes through to long-range sports subjects, this versatile zoom lens will be made available from early November with a price tag of £699. 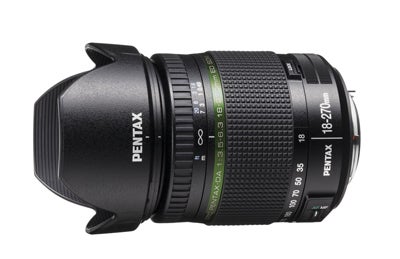 Rounding off the lens releases is the HD Pentax DFA654 Macro 90mm f/2.8 ED AW SR lens – an interchangeable medium-telephoto optic, designed for exclusive use with Pentax’s medium format cameras including the 645D. With the incorporation of a newly developed high-grade multi-layer lens coating and an optical shake reduction (SR) mechanism, it’s designed to be a popular lens with portrait photographers who demand a constant f/2.8 aperture. Two (Extra-low Dispersion) elements and one glass-moulded aspherical element make up the optical construction and the rounded diaphragm should provide a beautiful, natural bokeh effect. In addition, the AW in its name reveals that this is an all-weather lens to prevent dust and water entering the lens interior. In all there are 11 seals in place to ensure the lens performs just as well in demanding outdoor conditions as it does indoors in controlled environments. Made available to buy from early October, the lens will cost £3799. 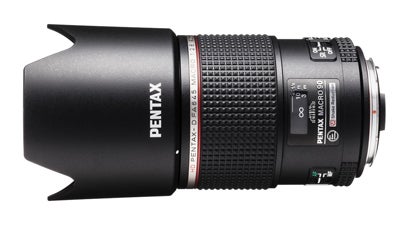