We’ve all been to something like a soccer game or concert and seen, as people take their shots of a ‘key’ moment, literally hundreds, if not thousands of flashes going off.

Now I don’t know of any camera with a built-in flash that can light a subject well, that is more than ten feet or so away. As everyone will then review their shots on the LCD, it is likely that only the people’s heads in the next row down – which will probably be blasted out – will have received any light. If the ‘key’ moment is lit, it will have come from the stage or flood lighting around the ground. The other point is that at a concert, where there might be various coloured light sources, if the flash was that powerful to light the subject it would neutralize the stage lighting making the shot look really bland.

So there I was in the Cederberg Wilderness in South Africa shooting some early morning landscapes. We had got up at 4.30 am, long before the sun was up and just before the stars had started to fade, to be in position to shoot the amazing rock formations that are to be found in this area. When the sun does rise the brilliantly warm way that it bathes the rocks lasts for about five minutes at the most so being in place well in advance is essential. After about a three-kilometre walk I set up my camera on a tripod and composed my shot where I thought the rising sun would look best. 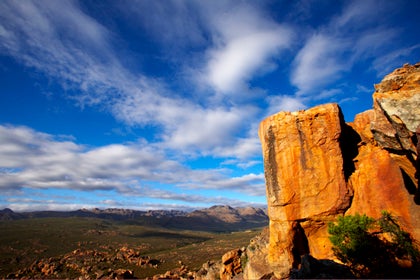 Sure enough I wasn’t disappointed and the rocks turned a beautiful, glowing red and orange. Although the light was still good after it had initially risen, nothing could beat the drama of those first few minutes. However, what amazed me even more was that several photographers, who accompanied me, had obviously got their cameras set to ‘AUTO’ and their flashes popped up and fired! Now even if they had some of these fantastic rocks in the foreground so that the flash would light them, it would have taken away all that gorgeous natural light. In fact they may as well have stayed in bed and got a few more hours sleep. However many times I tell people this they still do it! Apart from anything else it drains the battery needlessly and if you are in the middle of nowhere you could find that you run out of power. AUTO is a sure fire recipe for a poor shot.

The best and funniest situation like this that I have experienced was a few years ago in Florida. It was evening and I had come out of my motel to look at an eclipse of the moon. I was standing there gazing up when this woman came and stood besides me. We chatted and we both agreed that it was an incredible sight and it was fortunate it was such a clear evening. She then asked me if I would mind taking a shot on her compact camera of the moon. I tried to explain that it was unlikely to be very good, as even adjusting the lens to its telephoto setting; it was still a pinprick in the frame. However, she was adamant that she wanted the shot and insisted that I tried. I set the camera to manual and turned off the flash. I took the shot and there was the pinprick on the LCD. “Hey”, she said, “You didn’t use the flash and I thought you had told me you were a photographer!” She slunk off muttering something about me being a no good Limey who didn’t know how to take pictures. I smiled to myself and thought that that just about eclipsed everything. 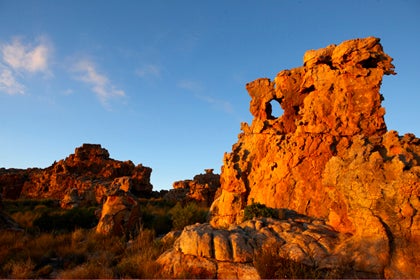