In 2011, manufacturers have far from skimped on ideas. Rather than just the promise of greatness we’ve seen products released to market that embody new concepts and designs: think Fuji’s X100, Pentax’s Q-mount and Sony’s A77 with OLED viewfinder, to name but a handful.

If 2010 saw the rise of the Compact System Camera – a trait that’s set to continue throughout 2012 with Nikon’s announcement of its ‘1′ system further adding to the sector – then 2011 may have been the year of the SLT (Single Lens Translucent) camera. Even if they’re not (yet) outselling DSLRs, Sony’s latest range of cameras have grown in strength and ability and we’ve been mightily impressed with what we’ve seen over the past few months.
Of course we’ve also seen shedloads of accessories, compacts, DSLRs and lenses too – each equally important to different user bases; all of which WDC is committed to covering. And after compiling a list of initial products in each category, we sat down to deliberate over which was best. Much tea drinking, voting, discussion and inevitable re-voting later, here are the results… 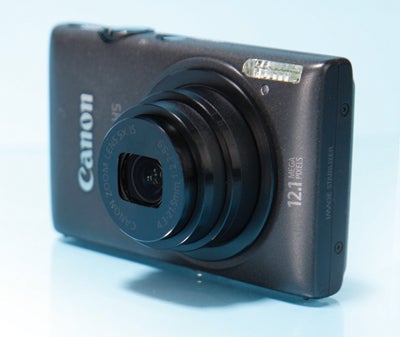 Amid all the hundreds of compact  cameras that adorn shops’ shelves it can  be hard to sift the wheat from the chaff.  Of the dozens of compacts that have passed through our hands here at WDC there have been a number of standout models, but nothing more so than Canon’s IXUS 220 HS.
The camera’s stainless steel body has a textured finish for grip, is small in size yet big in performance. The 5x optical zoom, optical image stabilisation, 12.1MP sensor and HS system combine to make great images too. All this for a well-priced £159 makes the IXUS 220 our affordable compact of choice. 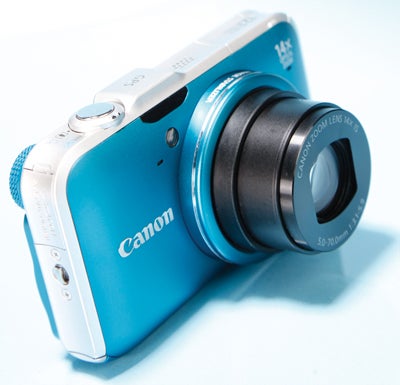 Canon’s grip on the compact cameras sector is as strong as ever, with models such as the Powershot SX230 HS able to show rival models a thing or two. Earlier this year our travel superzoom test saw Canon’s 14x zoom marvel beat a selection of other top-tier releases. Great to use, the SX230 HS also surpasses its peers in the image quality department – and for under £250 there are few other compacts that could challenge this Canon’s crown.