Now that all three models have been out for a while and they have developed a reputation for themselves. The D700, for example, is perhaps best known for its responsiveness and low-light ability, and while this is very much the case, testing all three cameras together shines light on other factors that may not be as apparent.

Essentially, the price the D700 pays for having such a comprehensive focusing system is that it takes a little longer when the camera is instructed to find what should be in focus. Set on its Auto Area AF mode the camera hesitates slightly to ensure it has the correct subject and however many of the 51 points activated, while focusing from one extreme to another also shows this slowdown – something to consider if using a lens with a particularly wide focal range. By contrast, both the other two cameras – the 5D Mark II and a900 – are a little quicker in this respect, although with fewer points they understandably have a lot less work to do. 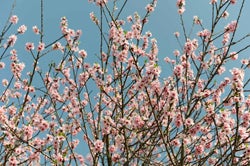 The D700 compensates for this by offering a superb continuous tracking performance, which is where the saturation of the 51 AF points pays off. The camera reacts to the smallest movements and changes the focusing points accordingly. The other two cameras have their focusing points occupying a smaller proportion of the frame, and so their performance can only extend so far towards the peripheries before the system gives up. They are, however, brighter than those of the D700, which is helpful when shooting in darker conditions. 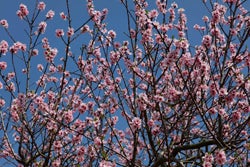 On the subject of speed, both the a900 and 5D Mark II can be fairly unforgiving of anything but the fastest memory cards, not to mention spacious hard drives and fairly up-to-date computer systems. The 5D Mark II in particular seems to take a little more time to process its files in-camera, and I did miss a couple of shots when shooting Raw and JPEG files on slower memory cards. This suggests that while the pixel count of the two models may offer an advantage over the D700 in the resolution stakes, their processors aren’t comparably as fast to deal with so much information, slowing down the capturing process.

While all three LCD screens are excellent in displaying detailed and contrasty images, the D700’s falls a little short in comparison with the other two. Outside in bright sunlight, I found its contrast decreased the most, making reviewing images and checking exposure more difficult. A more minor niggle is that its viewfinder isn’t quite as bright or clear as those of the other two cameras, but this is only noticeable when comparing the three together. The a900’s viewfinder is something Sony strived to get right, and it certainly is one of the pleasures of the camera. Its performance is comparable to that of the 5D Mark II, but it offers the advantage of covering 100% of the frame.