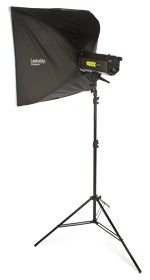 The Lastolite heads are the largest and heaviest here but feel well made if somewhat visually uninspiring. Still, it’s what’s inside that counts, and here Lastolite has delivered a well-specified product. The heads offer a generous five-stop power control range, marked in 1/10th stop increments and a fast flash duration up to 1/1700sec, making them better for moving subjects than many rivals.

In Use
The softboxes are fiddly to assemble but once up they’re sturdy, and pleasantly deep for effective, even diffusion. The stands are robust and air-damped, and there are two cases included, one for the heads and the other for everything else.

We were given the 400W/s F400 heads, as supplied with the softbox kit, rather than the 200W/s F200 heads, and as you’d expect they were a stop more powerful than all except the Bowens heads, which gave a similar output. Despite their size Lastolite was unable to find room for a cooling fan, relying instead on air vents and a thermal cut-out to prevent over-heating. It’s disappointing that the flash tube isn’t user-replaceable so if you break it you’ll have to send the whole unit away.

Verdict
Lastolite provides a fairly high-specification kit that undercuts Bowens and Elinchrom and offers some advantages over both – such as faster flash durations and lower minimum power settings – but some disadvantages too, such as the non-user-replaceable tubes.

The heads are pretty hefty too so wouldn’t be the best choice for those who’d have to carry them around a lot. For the static studio, however, they’re a pretty safe bet. 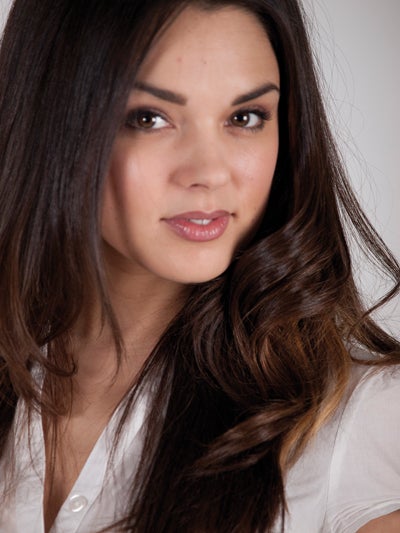