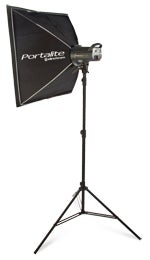 Swiss company Elinchrom is one of the world’s leading pro studio flash brands. Its budget D-Lite range comes in two flavours: 200W/s and 400W/s. You can buy two head kits with either head or one of each, but the best value options are the Studio to Go kits which include two softboxes. The ‘it’ suffix stands for ‘Intelligent Transmitter’ because they feature wireless triggering from the camera.

This is the most expensive kit here in terms of initial cost, but you get two softboxes and a wireless transmitter so it’s good value. If you prefer, you can save £30 by getting the brolly kit, which has one 400W/s head.

In Use
Besides the Proline lights these are the second smallest and lightest lights in the group, but the build quality is much better. The heads are fan-cooled and come with integral dish reflectors as standard. There’s a digital display of the power setting and the controls are via push button pads, which is a bit more fiddly than a dial but probably less likely to fail. The Skyport ECO transmitter fits on the camera hotshoe (rather than dangling from the sync socket like the Proline one) and works like a charm. Accessories, such as the supplied softboxes, attach via Elinchrom’s two-point bayonet mount.

The aptly named D-Lites are a delight to use: consistent and the fastest to recharge of the group. The only negative is the relatively slow flash duration, which makes them less suitable for freezing moving subjects.

Verdict
We liked the Elinchrom lights. Although they’re at the top end of the price scale you do at least get two softboxes, which is far preferable to the two brollies in the similarly priced Bowens kit, and you also get the excellent Skyport – making it a better value choice than the Bowens for those favouring the pro brands. 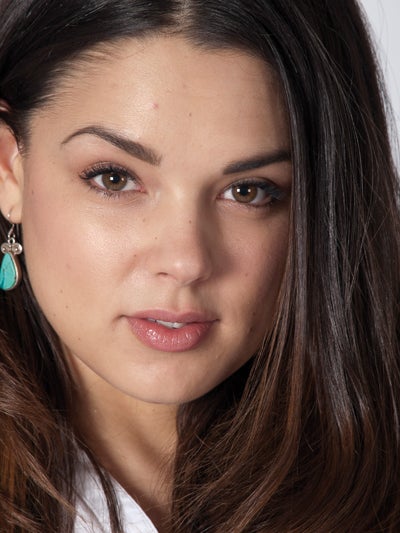