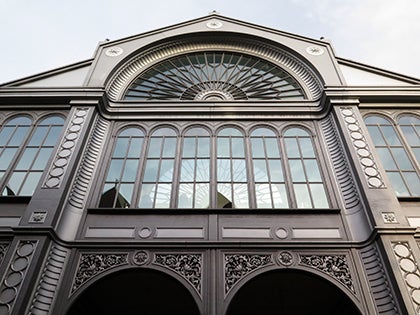 As with the design and features, the G16’s overall image quality is very similar to that of the G15, which is not too surprising since it has the same lens and a near-identical sensor and processor.

Colours are rich and vibrant in standard mode, bold and well saturated in vivid mode and neutral and naturalistic in neutral mode. Unlike many cameras it plays no favourites, and all colours are rendered with equal clarity. Automatic white balance is reliably accurate, and the new multi-area white balance mode, available only in Smart Auto, achieves the seemingly impossible and copes with multiple light sources with different colour temperatures.

The G16 is unsurprisingly capable in this area, the evaluative coping with high-contrast back-lit scenes just as readily as softly-lit portraits. The large back-illuminated sensor does just what it was designed to do, providing above average dynamic range, and the automatic DR correction option helps to improve shadow detail in very high contrasts conditions. There’s also the HDR option if that’s not enough, and if you’re shooting in the 16-bit raw mode you can comfortably pull out at least two stops of extra shadow detail before noise becomes a problem.

The reason that so many high-end cameras only have around 12 megapixels, when the latest pocket snapshot cameras can boast more than 20, is that fewer photocells means larger photocells, and that means more dynamic range and colour depth. Resolution isn’t everything, and with its improved contrast, sophisticated processing and pin-sharp lens the G16 produces a level of detail that surpasses most compacts with more actual pixels.

I’ve seen some cameras recently that can produce excellent images at absurdly high ISO settings, but the G16 isn’t one of them. It’s far from bad though; from 80 – 800 ISO there are no problems at all, and images are pin-sharp and noise-free. From 1600 – 6400 noise appears and grows steadily worse, and the 12,800 ISO maximum setting is dangerously close to cheap webcam territory, but as long as you’re aware of this and try to avoid the higher settings you won’t have any serious noise problems.

The G16’s lens is not only very fast, it’s also extremely sharp right across the frame. There was a tiny bit of corner blurring at the extreme wide angle end and minimum aperture, but stopping down to f/5.6 made it go away. There’s no trace of chromatic aberration either. If only all zoom lenses were this good.