£529.00
For the past 13 years the G-series has been the flagship of Canon’s PowerShot range, and has served as the benchmark for all advanced digital compact cameras. With fast lenses, advanced sensors, the latest image processors and the ever-popular optical viewfinder, the G-series cameras have been a firm favourite with enthusiasts, hobbyists and professionals looking for a lightweight alternative to a digital SLR.

The latest model is the Canon PowerShot G16, featuring 5x zoom lens and 12.1MP CMOS sensor, but faced with more competition than ever is it still the best advanced compact on the market? 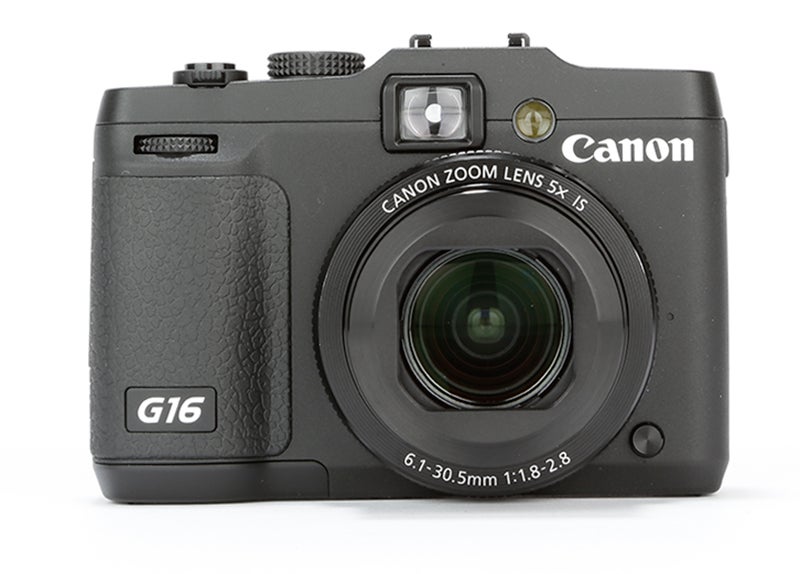 Since its introduction in 2000, Canon’s G-series has stayed at the top of its field by a continual process of evolution and improvement rather than revolutionary change, so it is no surprise that the G16 is an incremental development from last year’s Canon G15, but what is a little surprising is just how few new features have been added this time. With a cursory glance at them side-by-side it is hard to tell the two cameras apart.

The G16 retains the same optically stabilised 5x zoom f/1.8-2.8 lens, equivalent to 28-140mm, with an automatic lens cover. The lens retracts almost flush with body, giving the G16 a total depth of just 41mm, nearly a centimetre thinner than its close rival the Nikon P7800.

Also carried over from the previous model is the monitor, a fixed 7.5cm (3.0in) screen with a resolution of 922,000 dots. It has a viewing angle of almost 180 degrees and an effective anti-glare coating, but we can’t help but wish that it was articulated.

The last standard G-series model to feature a twist-and-flip screen was the G12 in 2010. The large-sensor G1 X has an articulated monitor, so we have to assume that Canon has left this feature off the latest G-series cameras to protect sales of the G1 X, despite that camera’s age. If so then it’s a shame that a marketing decision has removed a useful feature that would have improved the G16. 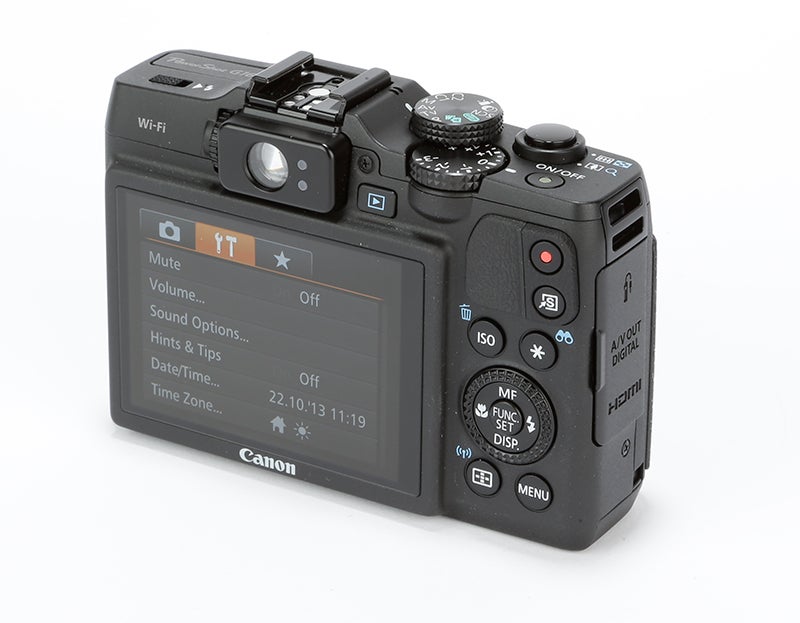 The Canon G16 also retains the optical viewfinder that is one of the key selling points of the G-series. It’s not a particularly brilliant finder, with a rather tunnel-like view and no data display or focus confirmation, but it has dioptric correction and it does zoom in sync with the lens, and after all any optical viewfinder is better than an electronic one.

There appears to be some question as to whether or not the G16 features a new sensor. It has a 1/1.7in 12.1-megapixel CMOS chip using back-side illumination technology for better light gathering, but what is unclear is whether the G15 had this sensor too.

What is certain is that the G16 has a new image processor, a DIGIC 6 chip offering a claimed 50 per cent increase in autofocus capture speed and improved JPEG processing, supposedly delivering better high-ISO noise reduction; we’ll take a look at that later.

Internally the Canon G16 offers mostly the same photographic features as the Canon G15, with shutter speeds of 1 – 1/4000th, although the new Star scene mode does provide an exposure of up to 250 seconds for tripod-mounted astronomical shots. There are a couple of other new shooting options, with the addition of Background Defocus in the Creative Filters mode, and a hand-held HDR shooting mode, although you’ll still need to hold the cameras very steady to use it.

Another new photography option that will be useful to enthusiasts is focus peaking, which lets you fine-tune manual focusing by highlighting the sharpest areas of a scene. 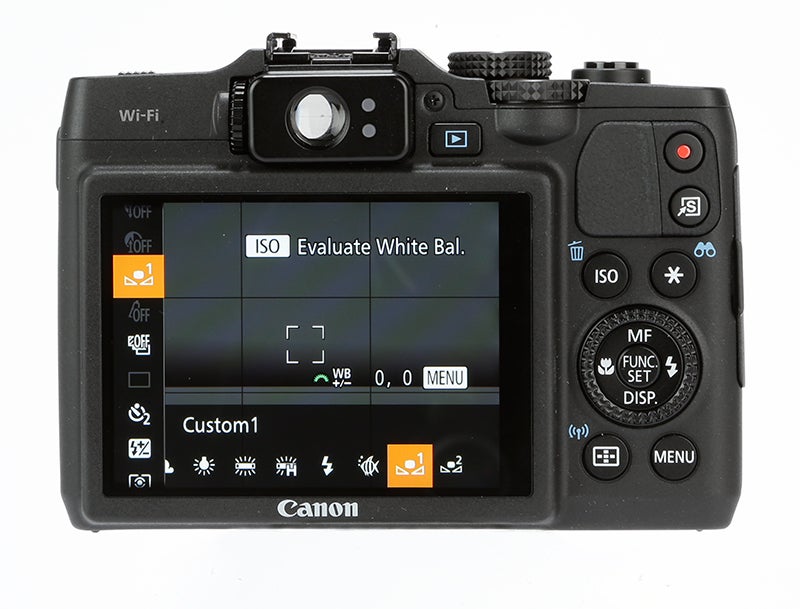 The main new feature that the Canon G16 adds is Wi-Fi and smartphone connectivity, which is an increasingly popular feature among high-end compacts from all manufacturers. It’s not quite as comprehensively integrated as Samsung’s innovative system, but by downloading and installing a free app on your iPhone or Android handset you can copy and share photos, or add GPS location data to your saved images.

The G16 can also connect to a home Wi-Fi network, allowing wireless downloading of pictures, instant backup to Canon iMage Gateway or Flickr, or printing via a network printer. You can also share photos directly with other Wi-Fi-equipped Canon cameras.

The G16’s video mode has also received a minor upgrade, with the addition of a full HD 60fps mode, providing smother recording of fast-moving subjects, and in-camera video transcoding. The automatic wind noise filter has also supposedly been improved, although we couldn’t spot much difference.