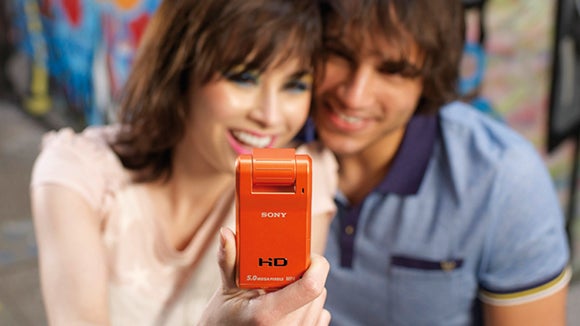 The Sony MSH-PM1 can take 5mp still photos or 1080p full HD video at 30fps, with stereo sound, both at the touch of a button, while a Sharemark button marks selected clips and photos for one-touch uploading to the web later on.

The Sony PM1 features a 47mm/57mm equivalent lens (in 16:9 / 4:3 aspect ratios respectively) which swivels 270 degrees to enable users to film themselves as ell as the action. Zooming is possible using a 4x digital zoom.

Picture Motion browser software is built into the camera, enabling one touch uploading to YouTube and Picasa from any PC it is connected to, while users can also upload files simply to other social media sites such as Facebook.

See images of the PM1

Images of the Sony PM1 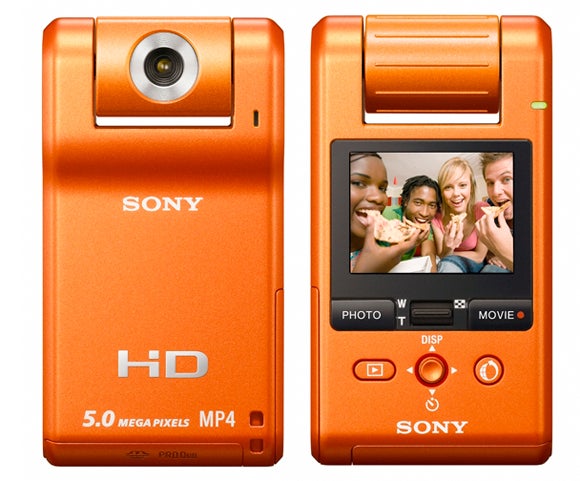 Watch our Hands-on Video Preview of the Sony PM1

The stylish MHS-PM1 Mobile HD Snap Camera from Sony makes it easy to capture and upload high quality videos quickly to the web. The PM1 captures life’s moments in 1080/30p High Definition MP4 video (1440×1080/30p) and features CMOS Sensor technology to produce crisp 5-megapixel still photos. Embedded PMB Portable view-and-share software makes it possible to quickly check and directly upload content in a few simple clicks on Windows/Mac OS*1.
The compact, lightweight camera fits naturally in the palm and can be taken virtually anywhere. A 270 degree rotating swivel lens, with 4x digital zoom, flips over so you can see yourself while shooting video and taking photos.

Five scene selection modes – auto, sports, landscape, low light, and backlight – help you capture the best picture possible in any situation, and dedicated record and photo capture buttons means that there is no need to switch between modes. Images are recorded directly to Memory Stick PRO Duo™ media (optional).

After shooting, you can mark your favourite photo or videos by using the Sharemark button to pre-select for web upload. By just connecting the camera to your computer via the supplied USB cable, the inbuilt PMB Portable software quickly transfers content to video and photosharing websites (compatible with both Windows/Mac OS*1). It includes direct upload to Picasa™ Web Albums photo sharing site, YouTube™ and Dailymotion™ video sharing sites. You can also simply drag and drop video and still images files to your personal computer folders.

The PM1 is available now.

Full Specification of the Sony PM1: 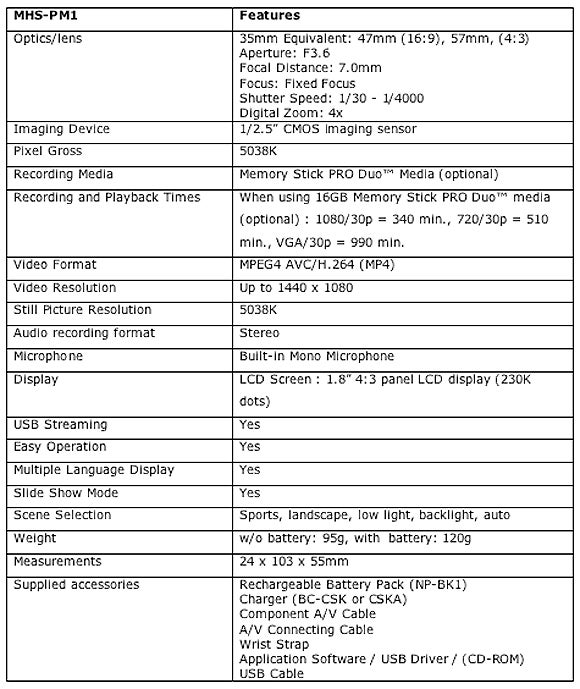