Pentax has finally made official the much rumoured new addition to its DSLR stable – the mid-range Pentax K7 – and WDC has managed to get a look at an early sample.

The new model features a 14.6MP CMOS sensor, measuring in at 23.4mm by 15.6mm, and featuring a high-speed, four-channel image data read out. Said sensor boasts an ISO range of 100 to 6400, with the highest setting offered through a custom function.

The K-7 is also the latest DSLR to offer full HD video capture. Video is captured at 1280 x 720 pixels and at 30fps, while also boasting an HVMI terminal and external microphone input. The K-7 also features a 3in LCD screen, offering a 920k dot resolution, placing it amongst the top in its class in that area.

Another highlight for the K-7 is the speed of its continuous shooting. The model is capable of capturing at approximately 5.2 fps for up to 40 shots.

The K-7 also sees three new and updated features  in order to aid image capture. The first being a newly developed DR (Dust Removal) II system, aimed at limiting dust spots and even alerting users prior to capture as to the presence of dust on the filter.

We managed to get our hands on a pre-production model and check out below for a full video preview.

See images taken with the K7.

See specification for the K7.

The K7 will be available from late June/ early July

Scroll down for Specs summary… 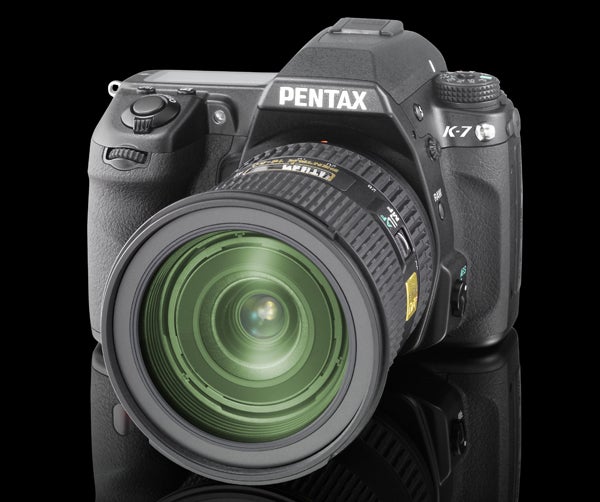 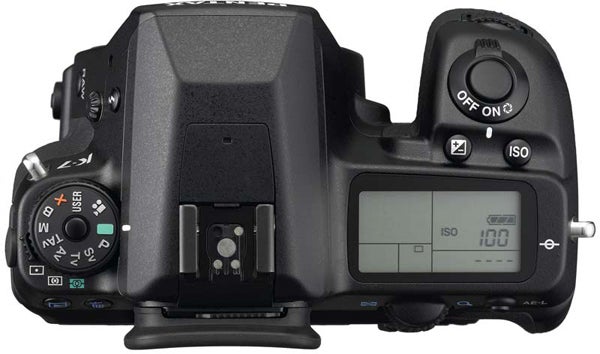 Key features at a glance

For a full specification head on over to the Pentax website.