The first Pentax digital medium format, the 645D, camera finally becomes a reality but when is it coming to the UK?rn

Pentax have pulled one of the biggest stories of the week out of the bag on
the last day of the Focus on Imaging show, without actually attending the event. This morning in Japan they have announced their long anticipated medium format digital camera. The 645D features a full size medium format sensor (larger than a full frame 35mm sensor)designed by Kodak with a studio friendly 40 million pixels. The camera also features Pentax’s Real Image Engine processing, a 14bit
A/D converter, and a new SAFOX IX+ 11 point autofocus system.

The lens mount appears to be the same original 645 mount that featured on
previous film medium format cameras, therefore allowing compatibility with older lenses, though Pentax have also launched a new D-FA lens to accompany the new body. This is a 55mm f/2.8 (43.5mm in 35mm equivalent) dust-proofed and weatherproofed to match the camera, and features Pentax’s first fully rounded diaphragm.

One of the reasons perhaps for its absence at the Focus on Imaging show
today could be due to the fact that the 645D is currently only be launched in Japan from May, with no indication so far as to if or when it will be arriving on our shores. Prices so far are expected to be around 850,000 yen (around £6315) for the camera and 100,000 (around £745) for the lens. The Pentax film 645 cameras have been used and adored by many
professional fashion and portrait photographer in the past and no doubt Pentax will be hoping to tempt these lapsed or film Pentax users back into their new digital version.

We will bring you further details as soon as we have them. 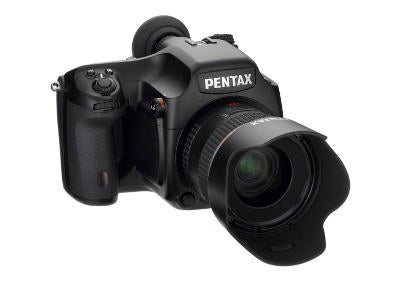 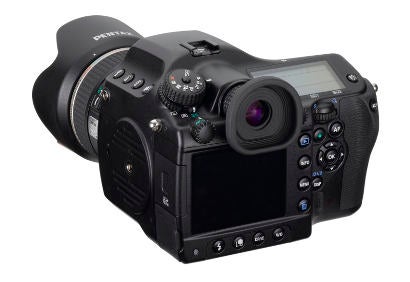 The
PENTAX Imaging Systems
Division of HOYA Corporation in Japan will announce on 10th March 2AM
CET (1AM GMT) a new
digital
medium-format
camera, the 645D, and its 55mm lens, which will be launchedin
Japan only.

Here
are the main features of the 645D.

Ø
Weight: 1480g
loaded and ready with battery and 2 SD cards

It
is not yet decided whether this camera will be available in other
markets.