Announced at IFA, the new Ricoh Theta uses a twin-lens system to fit spherical scenes into a single shot

Image: The front and the back of the new Ricoh Theta, complete with dual lenses

IFA 2013 in Berlin is in full swing, and Ricoh took the stage yesterday to announce an intriguing new camera that will be on general release soon.

The Ricoh Theta is a lightweight (95g) camera that uses a ‘twin-lens folded optical system’ to capture a spherical image, compressing the scene above, around and below the device into a single shot.

Ricoh describes it as ‘the world’s first mass-produced imaging device that encapsulates fully spherical scenes with one shot’, which is rather specific, but the results it produces are quite interesting as you can see below: 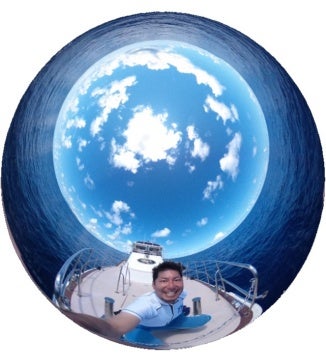 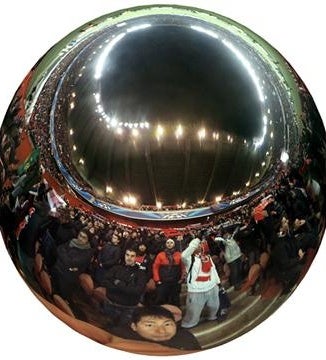 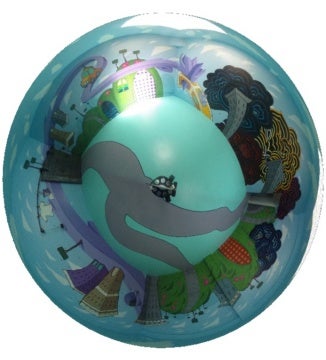 Images: Some samples created by the Ricoh Theta

The Ricoh Theta synchronises with smartphones, allowing the user to view, edit and upload images to social networks using the dedicated Theta 360 app.

At launch, the Ricoh Theta will be compatible with the iPhone 4S and iPhone 5 running on iOS 6.0. Ricoh says that Android compatibility is expected by the end of the year.

We’ve seen a run of interesting new camera concepts recently, including the Lytro light-field camera and the OMG Life Autographer, both of which recently went on sale in the UK.

This new innovation from Ricoh has a base price of $399 (about £256) – perhaps quite a steep ask for what’s on offer?

The Ricoh Theta will be available to preorder in the UK from October 2013. For more details, visit the Theta 360 official site.