Image: One of the shots from a sample gallery that appears to have been taken with a 50MP smartphone

Signs are pointing to the megapixel war hotting up in the smartphone market.

The Oppo Find 7, due to debut in Beijing later this month, has leaked a few images taken with the phone’s cameras that appear to confirm rumours that it will have a 50 (fifty) megapixel camera.

This would put it far ahead of current megapixel market leader Nokia, whose Lumia 1020 comes packing a 41MP sensor.

If the images’ EXIF data is to be believed, they did indeed come from the Oppo Find 7’s camera and were shot with a wide aperture of f/2.0.

These latest images come hot on the heels of a string of leaks from the Oppo Find 7, with a glimpse of the handset also appearing online a few weeks ago. 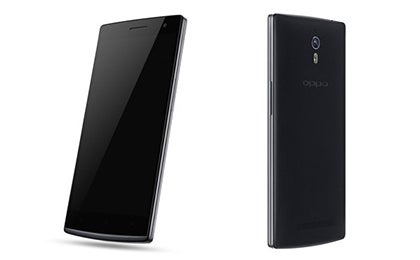 Image: The Oppo Find 7 handset, pictures of which were leaked by a website

Despite the leaks, other information on the phone is relatively thin on the ground, although signs point to it having a 5.5-inch, 2560 x 1440 resolution display.

The gallery of high-resolution images is on GSM Arena now if you want to comb over them yourself. It’s difficult to ascertain their legitimacy at this juncture, but with the Oppo Find 7 due in Beijing on March 19 it isn’t too long to wait.

(Via Petapixel and GSM Arena)