The new Nikon D750 has not only a 24.3MP sensor but also wide ISO sensitivity, built-in Wi-Fi and a new AF system

Nikon has today announced the ‘fast, versatile and agile’ D750, a new full-frame DSLR that promises imaging power in a relatively compact body, reminiscent in build of the D610.

The 24.3MP sensor sitting inside the D750 is an all-new creation. Nikon says it will offer clean performance across all sensitivities and deliver colour-rich, sharp images.

Autofocus has been improved too. The Multi-CAM 3500II FX 51-point AF system is, according to Nikon, sensitive down to -3 EV. Like the Nikon D810, the D750 features Group Area Af mode, allowing the user to select a cluster of AF points.

The other main area of advancement is in video. The Nikon D750 offers Full HD (1080p) videos at 50p and 60p frame rates, and says it has ‘markedly reduced noise, moiré and false colour’.

The D750 also offers a clean HDMI out and the capability of simultaneous capture on an external recorder. The camera is capable of utilising ISOs 100-51,200 in movie mode, and the Auto ISO mode can be fitted with fixed maximum.

Like the D810, the D750 features Zebra mode, which illustrates on the monitor when and where highlights have been blown. It is also fitted with a stereo mic input, and a dedicated movie menu allows you to keep all your movie settings in a single place. 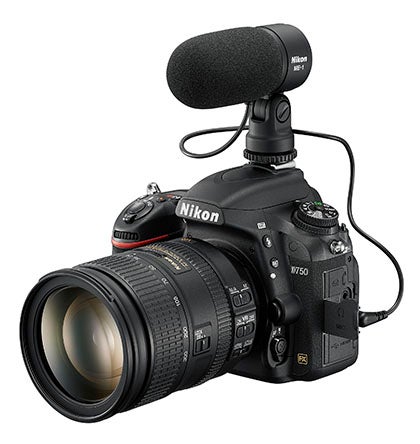 Back to stills, the D750 is capable of burst shooting at up to 6fps. It uses the same Expeed 4 processor we’ve seen in a few Nikon cameras up to now, including the D4s.

In what is so far a bit of a rarity for a Nikon camera, the D750 is equipped with built-in Wi-Fi, allowing for remote transfer of images to a smart device, as well as remote shutter release.

Nikon says the D750 is also efficient, able to shoot up to 1,230 images or 55 minutes of video on a single battery charge.