Fujifilm has furnished its X series with a new interchangeable lens model, the X-E1.

The latest addition to the line sits below the flagship X-Pro 1 model announced earlier in the year. It inherits the same 16MP CMOS X-Trans sensor as its sibling, and maintains the same X mount too, although its body is both smaller and lighter. 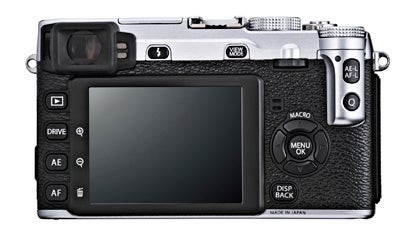 The new model also includes a 2.36million pixel OLED electronic viewfinder which offers a contrast ratio of 1:5000, in contrast to the optical/electronic hybrid viewfinder which featured previously. Fujifilm claims that through a revised optical construction, which includes two glass elements and an aspheric surface, the viewfinder presents a distortion-free image, which is easy to view without any stress. 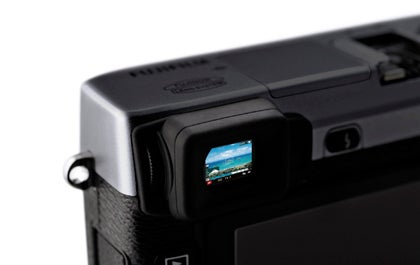 Elsewhere, Fujifilm claims the new model can focus in around 0.1 seconds when used in conjunction with the new XF18-55mm f/2.8-4 R LM OIS optic. This is attributed to both the linear motor inside the lens together with the light weight of the elements within the focusing group, as well as to the EXR Processor Pro which is charged with all image-processing tasks.

The new kit lens also boasts a four-stop OIS system to counter the effects of image blur, as well as a metallic outer casing and an aperture ring. On the inside, its optical construction includes three aspherical elements and a single ED glass lens to maintain a high standard of image quality.

On the rear of the camera, Fujifilm has included a 2.8in LCD with a resolution of 460,000 dots. Other features of note include full HD video recording at 24p, as well as the option to use Film Simulation modes while recording moving footage.

Elsewhere, a standard sensitivity range of ISO 200-6400 may be extended down to ISO 100 and up to a maximum ISO 25,600 equivalent when required. The camera can also be programmed to fire at continuous rate of 6fps, while a small integrated flash with a guide number of 7m at ISO 200 can be employed when conditions require it.

The new model will be available in November in a choice of two-tone silver and all-black finishes. For more information visit www.fujifilm.co.uk 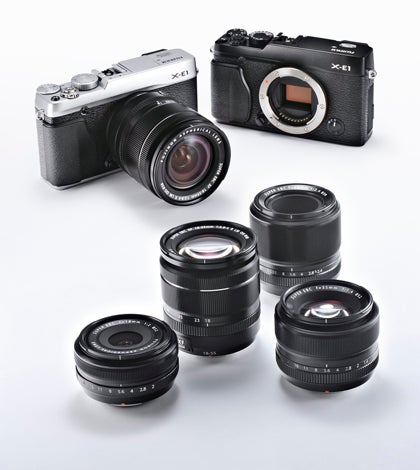