Canon has unveiled its new entry-level DSLR, the EOS 1200D, which is coming alongside the EOS companion app. Michael Topham gets a first look...

First-time DSLR owners finally have a Canon camera tailored specifically to them, with a price to match. The new Canon EOS 1200D is designed to combine excellent image quality with intuitive controls and easy handling, with the intent that the novice is able to create great images straight out of the box.

With this in mind, the EOS 1200D launches alongside the new EOS companion app: a tutorial quick-start guide that takes new users through button layouts and features, with expert tutorials and step-by-step guides.

The EOS 1200D comes equipped with an 18MP APS-C CMOS sensor. This works with the DIGIC 4 processor that we saw on the EOS 1100D, delivering sharp, high-quality images even in low light. 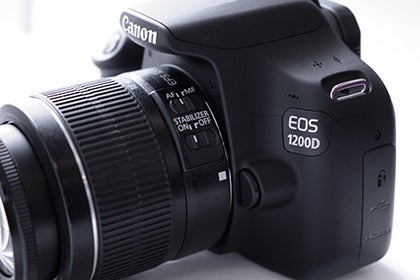 The camera has some burst shooting capability as well, able to shoot a series of images at up to 3fps. Scene Intelligent Auto mode takes responsibility for settings out of the user’s hands, analysing a scene and selecting the most appropriate combination of settings.

Design-wise, the EOS 1200D takes inspiration from a few of Canon’s models and comes out with something that’s generally very good. It feels less plasticky than the 1100D – the finish has more in common with the 700D and is generally more satisfying to hold than its direct predecessor. It doesn’t have the smooth feel of the EOS 100D – it’s rougher and features the more Canon conversional handgrip finish, rather than the Canon EOS 100D’s rubberised handgrip and thumb rest. 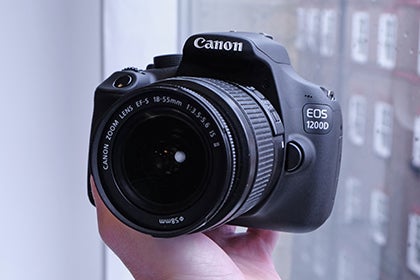 I had no complaints with regards to the EOS 1200D’s AF. The basic arrangement of the 9-point system is simple and very straightforward to use. The acquisition speed is praiseworthy too – it feels on a par with that of the Canon EOS 100D, which we singled out in our review.

The EOS 1200D has both a bright optical viewfinder and 3-inch LCD with 460,000 dots of resolution. It comes packed with a host of Creative Filters for adding a variety of distinctive looks to shots, with the options to apply effects such as Miniature, or Toy camera either before or after a shot is taken. The EOS 1200D is also capable of capturing Full HD video (1080p), and Video Snapshot mode allows the user to record a series of short clips and automatically join them together into a single movie. 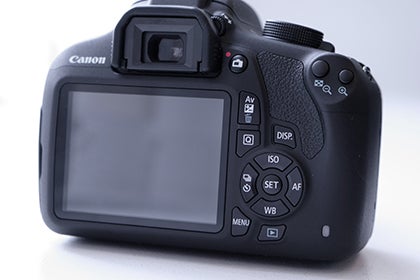 So, the EOS Companion app then. It’s early days for it yet, and so far it’s a mixed bag. I liked how clearly it was all laid out, but the design was maybe a little basic, somewhat pedestrian. I would definitely have liked to have seen more interactivity. What is good though is how the camera can be rotated 360 degrees to allow the user to examine all of its most important features. The app also provides details on Canon’s range of 70 EF lenses – a great addition for the new user who might feel themselves getting overwhelmed.

As entry-level cameras go, the 1200D looks like it’s shaping up to be an excellent choice. We were really impressed by the competitive price, particularly in light of some of Canon’s other offerings like the 1100D, which were maybe just a little more expensive than they should have been. The build quality is as good as you’d expect for the price, meaning it’s a great value option for a first-time DSLR. 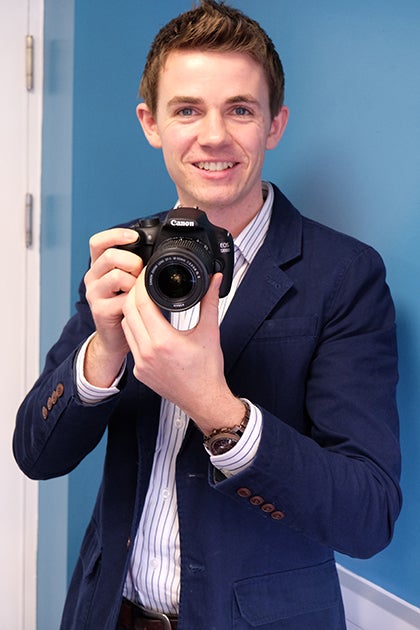