The successor to the PowerShot G1 X, the Canon PowerShot G1 X Mark II has been extensively remodelled and redesigned with a host of improved features. Michael Topham gets his hands on the first samples...

Canon has unveiled the PowerShot G1 X Mark II, an upgrade to the G1 X that features a design that has been reworked from the ground up, both on the inside and out. The G1 X Mark II boasts a 1.5-type CMOS sensor, with a surface area twice as large as that in many of its competitors.

The new sensor configuration is able to adapt and capture images using the full width of the lens’s image circle regardless of which ratio is being used to capture, whether 3:2 at 12.8 megapixels or 4:3 at 13.1 megapixels. While this is slight downgrade from the G1 X, the pixels on the sensor are much larger – 4.5x larger than those on the PowerShot G16 – allowing for greater light-gathering capabilities.

The sensor works with Canon’s DIGIC 6 image processor, which Canon says operates up to 2.4x faster than its predecessor. This not only means cleaner, less noisy images and videos but also a 56% reduction in shooting lag – so Canon says, at least. It allows for a few new feature modes too, such as Background Defocus and handheld HDR.

The external design of the G1 X II is now a stainless steel chassis and aluminium exterior, but chief among the new features is a brand new ergonomic grip. On looking at the camera it’s the first thing you notice and the way it’s been bolted to the body means you can’t help but think that it looks like a bit of an afterthought. 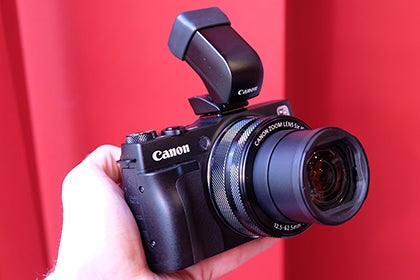 Canon Europe had fed back to the designers that the grip needed to be larger, and they certainly managed that. It protrudes a fair way out of the body, and has the effect of making the camera feel larger in the hand.

Also new to the G1 X II is an f/2.0-3.9 24-120mm 5x optical zoom lens, which features a 9-blade aperture, a minimum focal distance of 5cm for macro work, and the option to digitally double the extent of the zoom.

The lens is particularly chunky, larger than that of the G1 X. I was pleased with how robust it felt and how strong the grip was. The customisable Dual Lens Control rings are also a very nice touch, allowing you to alter functions like zoom, aperture, and shutter speed with speed and precision. 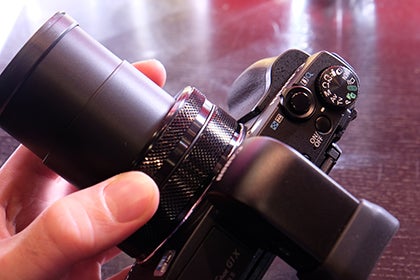 Improved on the G1 X Mark II is the AiAF system, which more than triples the PowerShot G1 X’s nine AF points to an altogether more muscly 31. The density and wide coverage of the points makes for accurate and fast lock-on, and the overall effect is AF that’s really quite a bit faster than that of the G1 X. It’s impressive stuff.

Touchscreen functionality is something Canon has done well in the past and I’m pleased to report that the 3-inch tiltable specimen on the rear of the G1 X is no exception. It’s strikingly responsive, just as it was on Canon’s DSLRs like the EOS 100D. It doesn’t sit flush with the body and protrudes at the rear.

There’s also the option to attach an electronic viewfinder via the hotshoe: an EVF-DC1. It’s incredibly sharp and clear, as you’d expect from a cool 2.3million dots of resolution. 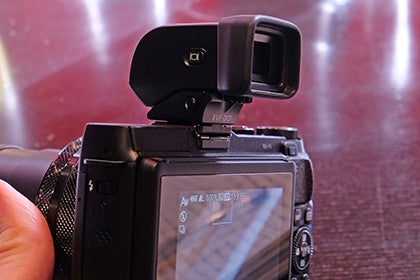 The G1 X Mark II is able to record Full HD 1920×1080 30p movies with stereo sound, utilising the optical zoom if the user desires. A dedicated Movie Record button is positioned in a manner very similar to the Sony Alpha 7 and 7R, practically on the side of the body.

Wi-fi capabilities have been beefed up too, with the addition of NFC functionality for instant pairing. A welcome development is the ease with which you can access Wi-fi – a button positioned alongside the thumb rest is within easy reach. Installing the Canon CameraWindow app allows for controlling the camera remotely with smart devices.

Even based on spec alone, it’s clear that the G1 X Mark II has made a lot of sensible improvements over its predecessor. The beefed up AF is most welcome, but what’s impressive is how many sensible control adjustments Canon has made to make the camera just that little bit smoother to operate. The chunky, protruding handgrip may not be to everyone’s tastes, but it does mean the camera feels robust in the hand. We’ll have to see if the images from the G1 X II match all the other things Canon seems to have gotten right. 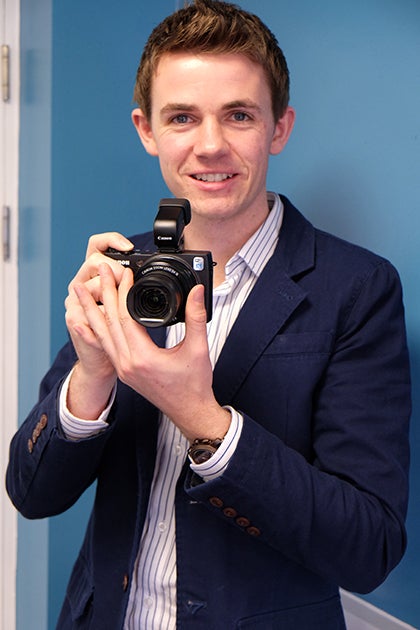