Near Field Communication, better known as NFC, is an alternative type of wireless connectivity that enables a short-range communication between mobile devices. To initiate a NFC connection, two NFC enabled products are required to be placed within 4cm of each other, after which data or images can be transferred via a Wi-Fi connection. Rather than relying on radio waves, NFC uses electromagnetic radio fields to form its communication. NFC remains in its early stages of development and you only need look at the handful of NFC cameras on the market today to realize this. Samsung’s latest flagship compact system camera, the NX300, has recently been launched with NFC technology and allows its users to instantly transfer images between the camera and an NFC mobile device by simply bringing the products within touching distance. Panasonic also features NFC on its TZ40 and FT5 compacts, which could be a sign that the company is looking at introducing it across more of its products in the near future. 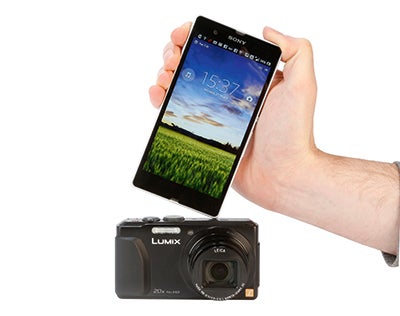 At present, NFC is only supported by smart phones and tablets that run on the Android system. Rumor websites have suggested that Apple could be next to roll out NFC technology across iPhones and iPads, which could potentially spur on other camera manufacturers to embrace the world of NFC and adopt it within their latest products so they’re be left behind in the connectivity race.