A camera which had been lost in the Pacific Ocean for nearly four years was found undamaged, containing photos of two divers, Peter Trayhurn and Geoff Masters, on a rescue mission when they realised they were lost at sea.

The two men realised they were stranded when the anchor rope of their boat snapped during their dive. They took photos of their shock of being in open water and then of their delight several hours later when a rescue boat found them.

When Trayhurn and Masters were picked up just off the coast of New South Wales, near Sydney, the boat then capsized losing the camera and any evidence of their tale. Without any proof, the story became part of local folklore and urban legends.

A walker on a beach near Brisbane found the camera in the sand, and remembering the story, got in touch with the divers, with the small chance it may have been theirs.

When the camera’s photos were recovered and still remained intact the divers were thrilled. Trayhurn told an Australian newspaper, “at the time thinking the worst we thought well maybe the kids might find it or something, maybe there will be a record one day.”

The photos appear undamaged apart from a small black dot and some water marking. We’ve yet to find out the make of the camera, but four years beneath the surface is pretty good going for any underwater camera. 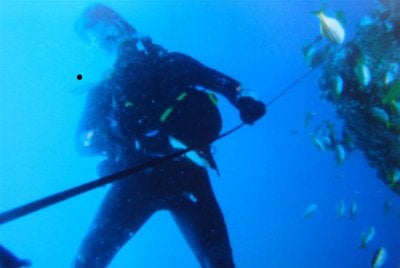 The divers descending at the dive site © Peter Trayhurn 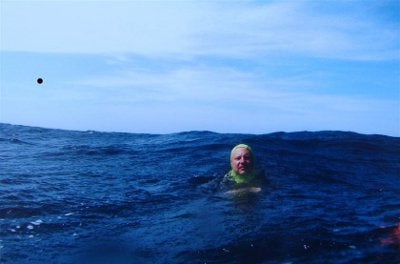 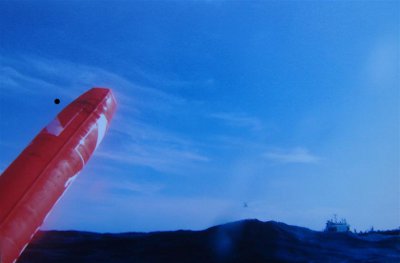 Luckily, the divers were carrying this high visibility inflatable pylon to help get spotted © Peter Trayhurn 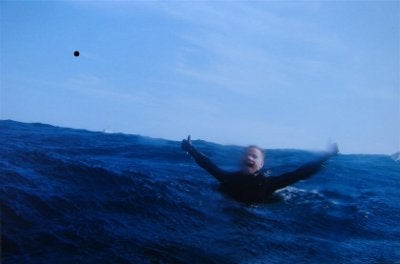 Geoff Masters showing his delight at being found © Peter Trayhurn 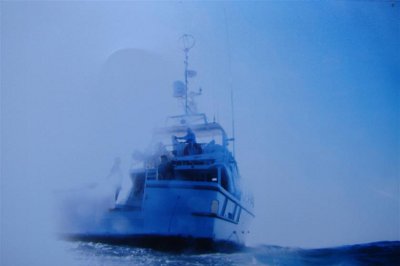 The rescue boat arriving to pick them up © Peter Trayhurn 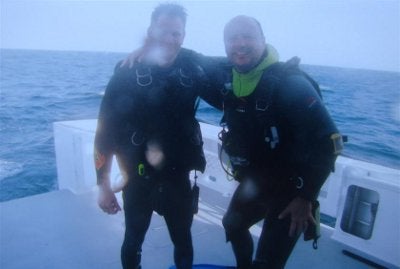