The ‘mass gathering' of over 2000 photographers to Trafalgar Square yesterday should give the heads of Britain's Police forces some serious food for thought. When they look at the footage, and the photos, they should take a good look at the faces in the crowd.

There was a distinct lack of the shaven headed, tattooed, body-pierced, green-haired and soap-shy agitators that your typical Daily Mail reader might imagine as the normal sort of people who attend public protests.

Instead, many of yesterday’s attendees looked like stereotypical Daily Mail readers themselves. Middle aged, middle class men and women were in abundance in a crowd that looked like the kind of mix you’d find in any provincial Tescos on a Saturday afternoon. But not THIS Saturday, because they were all angry enough to put their shopping needs to one side and make the trip to Trafalgar Square in protest.

Angry, but still mild mannered, of course. There was no rage or aggression, no chanting, no speeches. There were no police with riot shields. They kept a low profile and the few I saw seemed more bemused than intimidated.

When I first arrived I encountered a well-spoken senior citizen remonstrating with a PC and a PCSO who had found themselves surrounded by a crowd. I pictured him as perhaps a retired civil servant from Sevenoaks who drives a Rover. I’m not sure what the fracas was about but I did hear his irritated response to one of the officer’s comments.

Elsewhere I saw a man standing with his two daughters speaking very articulately to a TV crew about why he was there, and a well-dressed French woman recounting a bad personal experience into another camera.

Photography attracts people of all ages and from all walks of life and appeals to art lovers and science geeks in equal measure but there is, I suppose, a bit of a middle class bias. Digital SLRs are expensive and so are the computers, printers and paraphernalia that go with them. Readers of photography magazines such as ours are, our market research tells us, more affluent and better educated than the national average.

It occurred to me that when the Police start alienating people like the ones I saw yesterday then we really are in trouble as a nation. This was Middle England out in force – the sort of people whose unwavering respect and support the police depend on. They need to seriously rethink their heavy handed attitude to the public if they don’t want to end up being held in the same regard as bankers. 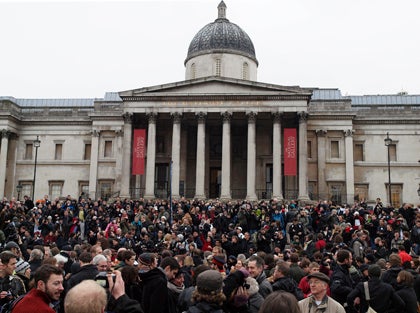 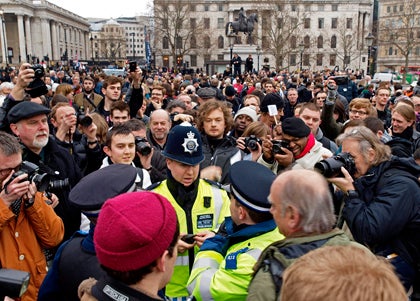 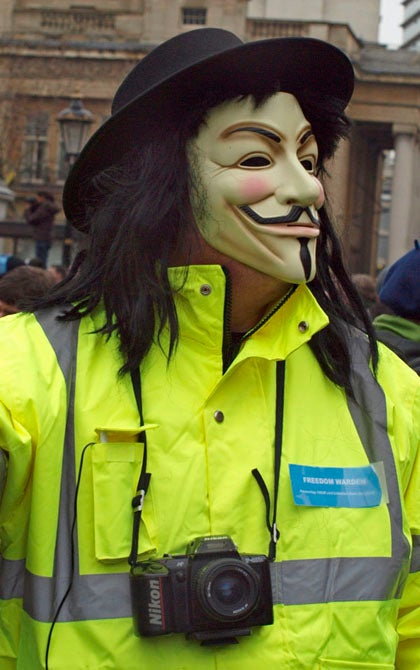 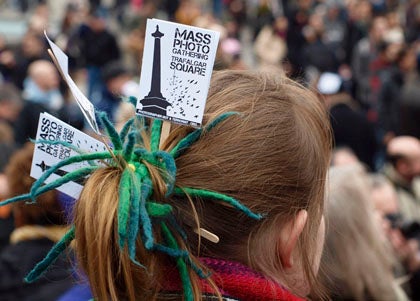 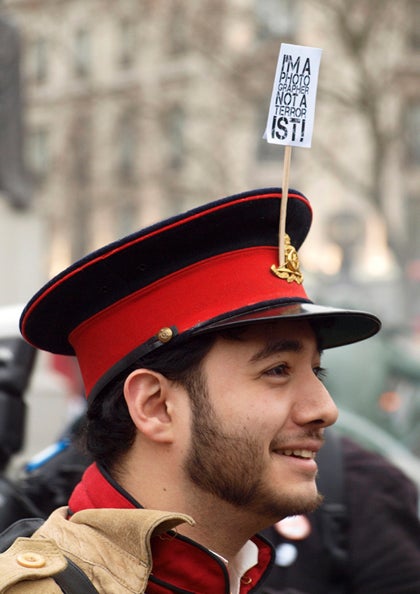