To achieve focus you normally need to change something about the positions of one or more elements within a lens or with respect to the sensor. Now, however, there’s a new electronic technology that could allow you to focus a lens without moving anything. 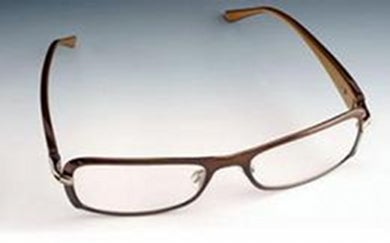 Bifocal spectacles are about to become a thing of the past due to some clever electro-optical technology from Pixel Optics. The same technology might lead in the future to lenses that can achieve focus without any need for physical movements. Click on the picture to visit the PhysOrg website and read more about this development.

The lens-boards of the earliest cameras had to be racked in and out to focus on objects located at different distances from the camera. This is because the focal length of the lens defines a unique relationship between the object distance and the image distance when the object is in perfect focus.

For a simple lens, the equation says that the reciprocal of the focal-length is equal to the sum of the reciprocals of the object distance and the image distance: algebraically, this is 1/f = 1/u + 1/v. That’s why you need to move the lens (to change the image distance) if you want to focus on objects that are located at different distances from the camera.

Moving the entire lens is the simplest way to achieve focus and is also a perfectly acceptable technique to use with a baseboard or view camera. In addition, keeping the individual elements in the same relative positions means that optimum quality can be computed and maintained.

So why do we focus dSLR cameras by moving only one or two elements within the lens? The answer is mostly one of convenience, coupled with physical robustness. But all of that might change in the future.

For some time scientists have been looking at liquid lenses, where the lens can be squeezed to change its shape and therefore its focal length. This means that a lens can achieve focus at the same image distance for a range of different object distances – and that’s a very attractive advantage for devices such as cameraphones where there is little room in which to move the entire lens.

The latest advance, which was announced on the physical sciences website www.physorg.com at the end of June, comes from spectacles developer Pixel Optics (www.pixeloptics.com). Rather than moving or squeezing a lens physically, Pixel Optics’ emPower technology uses an “electro-active liquid crystal layer” within a lens to change its overall refractive index, thereby delivering changes in focus.

Pixel Optics’ spectacles, which are due to go on sale later this year, are even cleverer in that the controlling electric current is managed by sensors that vary the focal length of the spectacle glasses, mimicking bifocal lenses without using bifocal elements.

It remains to be seen whether there is a photographic application for this technology but the day must surely come when we look back and laugh at the primitive methods that were employed when people used to achieve focus through physical movement of the lens or its elements.