Flash A to Z

Ambient Light: Ambient light is the artificial or natural light that’s already in a scene. Indoor scenes will usually include artificial light such as tungsten overhead lights. Flash exposures often record too quickly for this low brightness light to record, so slower shutter speeds are needed to balance the flash and ambient lighting.

Bounce: Bounced light is light from a flash that is redirected from the flash to the subject via another surface such as a reflector, umbrella, white wall or ceiling. The purpose is to reduce, or soften the harsh light of a strobe by spreading the distribution of the light. Sometimes a slight colour can be added, using a silver or gold reflector, for example.

Dedicated flash: Flash units that are designed for particular makes or models of cameras. The flash units, cameras and lenses use CPUs which communicate with one another to provide accurate focus and exposure information when used in automatic modes. 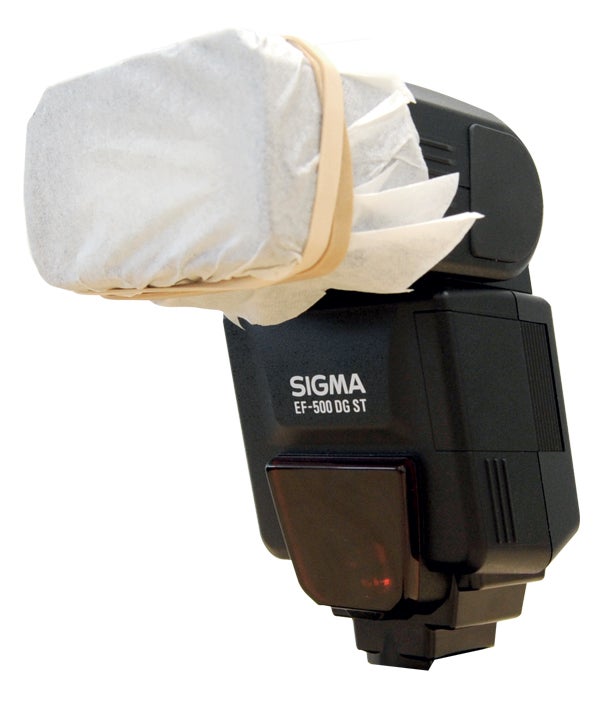 Diffusion: Diffusion works to soften and spread the light by shooting though a translucent filter. This could be in the form of a plastic wide-angle diffuser, a softbox or even a tissue over the flash head.

The guide number can used to used to find the correct aperture using the
following formula:
GN ÷ Distance = Aperture
So, if the flash has a GN of 20m and the subject is 5m from the flash, then the aperture is f/4 (20 ÷ 5 = 4).

Alternatively the maximum distance the subject can be away from the flash unit at a given aperture can be calculated thus:
GN ÷ Aperture = Distance
So with a known GN of 20m, and an aperture of f/4, the subject should be 5m away for correct exposure (20 ÷ 4 = 5).

If you don’t know your guide number, it can be determined through testing. Place the subject at a set distance and make several exposures at different apertures. Once you have determined the correct exposure at the known aperture use this formula:
Aperture x Distance = GN
So if your best exposure was f/4 and your subject is 5m away, your Guide Number is 20m @ ISO 100 (4 x 5 = 20).

Of couse with modern auto flash the main use for the guide number is to compare the power output of different flashguns.

Inverse Square Law: You would think that if your subject moved away from the light source at 2m to 4m, then you would need to double your exposure, ie open your aperture by one stop.
However, the Inverse Square Law states that the intensity of light (and other linear waves such as electro magnetic radiation) from a light source, such as a flashgun, is inversely proportional to the square of the distance from the source.
In other words, an object twice as far away receives only a quarter of the light.
In practical terms, if you shoot at f/16 and your subject moves from 2m to 4m, then you need to increase the size of your aperture to f/8, or by 2 stops (which allows four times as much exposure, as each stop doubles the exposure).

PC-socket: In this case, PC doesn’t stand for ‘personal computer’ but ‘Prontor Compur’, which made shutter mechanisms for cameras and originally devised a system for triggering a flash unit at the same time as a camera shutter. The industry standard compact electrical socket that connects camera to flash using a cable is called a PC socket. Without one of these on your camera, if you want to use an external flash, you will need a hotshoe flash adaptor. 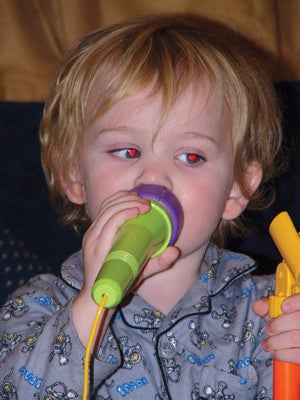 Reducing Redeye: Redeye is the effect of the light from a flash reflecting the blood vessels at the back of the subject’s eye back to the image. Typically it occurs in low light conditions, when the pupils are dilated and the flash is close to the lens axis, such as on a compact camera or DSLR’s built-in flash. Increasing the amount of ambient light, such as turning on more lights, or moving the flash away from the lens axis (using a hammerhead flash, for example) will naturally reduce the effect.
In camera redeye reduction systems use a burst of
pre flashes to reduce the size of the subject’s pupils, while some DSLRs and compacts will also have a processor/software-based solution to recognise the redeye and replace it with black.

Slave flash: A slave flash, or just slave, is a flash unit with a sensor that reacts when another flash is fired to trigger the slave. Commonly used in the studio to allow a number of flash heads to fire simultaneously, slave units can also be added to small portable flashguns. The sensor may be built into certain models, especially studio flash heads, or can be bought as an accessory to attach separately.

Wireless Flash:  A system designed to trigger off-camera flash without the use of cables. Most wireless system use either radio or Infrared to fire the flash. Wireless flash can be used to fire a single flash or a combination of several flash units simultaneously.

X-sync speed: The fastest shutter speed that a camera and flash will synchronise at. Most cameras offer an X-sync speed of 1/60 to 1/250sec, depending on make and model. Faster speeds will results in black strips of underexposure at the sides or top and bottom of the image, where the travel of the shutter is too fast to record the flash burst.