Your Complete Guide to Flash Technology:
Principles of Flash

Principles of Flash
Now you know a little about your flash, let’s look at some basic principles of flash photography 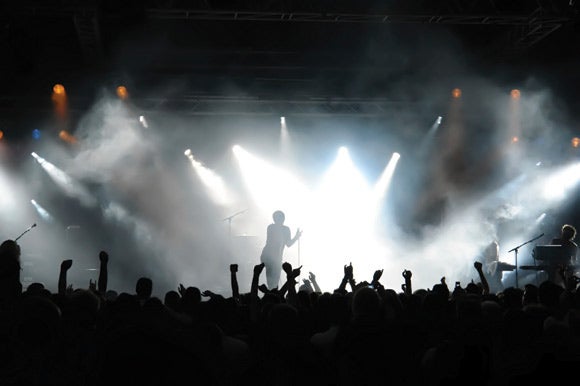 Above: Don’t even think of trying to use flash in scenarios like this.
Even if it could reach (which it can’t) it would only kill the atmosphere

Flash Range
Judging by all the flashes you see going off in sports stadiums and from the back rows at rock concerts, there are a lot of people out there who clearly think that flash light can travel an infitite distance – that it hurtles through the air like a guided missile until it reaches its target.

In fact flash power gets weaker as it travels, until it reaches a point where it’s all gone. Think of flash as more akin to a bucket of water. If you throw the water over someone close to you they will get pretty wet, but the further away they stand, the more of that water will land on the floor between you and them, until you reach a distance where they hardly get wet at all.
Most hotshoe-mounted flashguns have a maximum range of no more than about 10 metres, and built-in flash units will be less than half that. Beyond these distances, using flash is just wasting your batteries. 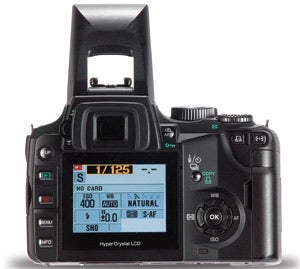 Flash sync speed
Most cameras quote a maximum shutter speed at which flash can be used (the X- sync speed) which is typically between 1/60 and 1/250sec. This is because there are times during an exposure when the sensor is partially covered by an opening or closing shutter blind. The X-sync is the fastest shutter speed in which the shutter is fully open for the full duration of the flash burst. At speeds above this, the image will be only partially lit by the flash.

Exposure Modes
Dedicated Mode: Modern dedicated flashguns feature special circuitry that communicates with your camera. The two devices then work together to measure the brightness level of the flash at the sensor itself, and then cut off the output once the correct level has been reached.

Auto Mode: In auto mode, the flashgun gives the user a choice of apertures to set on the camera. The user then tells the flashgun which one has been selected (say, f/8). The flashgun then controls its output to produce a corrent exposure at this aperture. This system, which is the one most used by non-dedicated flashguns and is also available as a user-selectable mode on most dedicated guns, works pretty well most of the time as long as the user remembers to set the shutter to the sync speed, or below.
Manual Mode: This mode is the hardest one to master because it involves a bit of maths. The user focuses on the subject and records the distance, then divides the flashgun’s Guide Number (GN) by this distance to ascertain which aperture to set. So if your GN is 32 and your subject is four metres away, you’ll need to set an aperture of f/8, and so on. (For more on Guide numbers, see panel, far right.) 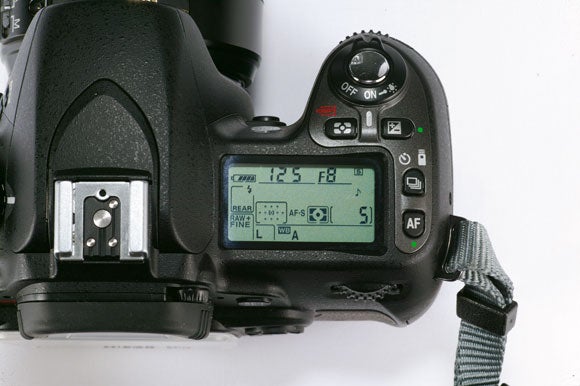 Controlling the Flash Exposure
Sometimes, like all automatic systems, the flash gets things wrong. Flash exposure can be adjusted in several ways. The most obvious is to turn down the power. With dedicated flashguns and modern DSLRs there should be a flash exposure compensation control on the flashgun or the camera, that works just like the camera’s exposure compensation scale. Set it to a minus figure to reduce the flash output or a plus one to increase it. In non-dedicated mode it’s easy to control the flash level by selecting either a smaller or larger aperture than the one that the flashgun thinks you’re using. A smaller one will reduce the flash brightness. This would also affect the ambient (background) light level as well but if you adjust the shutter speed too so that the overall exposure value is the same, your background light level will be unaffected (eg. setting f/8 instead of f/5.6, then increasing the shutter speed from 1/125sec to 1/60sec).

Flash Colour Temperature
Most flash units are balanced to produce the same colour temperature as daylight at noon, ie 5600K (see White Balance on p75.)
However, there are times when this doesn’t match the temperature of the ambient light – such as shooting indoors, where the light level is tungsten-based.
If your camera is set to Daylight, or Flash, white balance the colour temperature of the flashlit areas will be correct, while the background will be warm. Setting the white balance to Tungsten will produce a correct background but the flashlit area will have a blue cast. Generally the former is preferable to the latter, and while it’s possible to use coloured filters over the flash to match it with the background, the warm background you get from mixed lighting can actually look quite attractive.

Rear curtain sync
Normally, the flash fires when the first shutter blind opens, the image is exposed and then the second curtain closes to end the exposure. At slow shutter speeds there may be some time between the flash firing and the shutter closing, during which the ambient light is continuing to expose the sensor. If that subject happens to be moving their motion will create streaks leading from the flashlit image.
By setting the rear curtain sync mode the flash fires at the end of the exposure, not the start, so that any ambient-lit movement streaks are recorded first, before the flash image. This puts the streaks coming out from behind the frozen image rather than in front of it, to create a more realistic sense of forward motion. 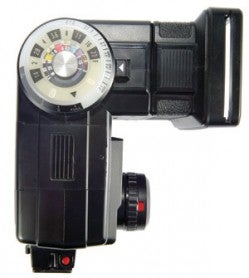 Using old Flashguns
Your flash and camera work by firing a small charge of electricity through the synchronisation contacts. Older flash guns that you have from your film days, or that you pick up on eBay,  may need a smaller or larger burst than that used by your digital camera, which can lead to problems on your finely tuned camera’s electronic circuitry.
This was less of a problem with older manual cameras, but digital SLRs can be damaged quite badly if this happens. Most camera manufacturers recommend trigger voltages of between 5-12v, which most flashguns match, though some can have a voltage of as much 300v!
One website that measures and records the trigger voltages of cameras and different flash units is www.botzilla.com/photo/strobeVolts.html. Check it before using any pre-digital era flashgun.