£695.00
Sony’s SLT concept began life as little more than a minor deviation from the DSLR norm, with a fixed translucent mirror in place of the traditional reflex type, and an electronic viewfinder immediately polarising opinion. Today, however, SLT models, such as the Sony Alpha A57, constitute the majority of Sony’s Alpha range, and its here where new technologies are first surfacing. 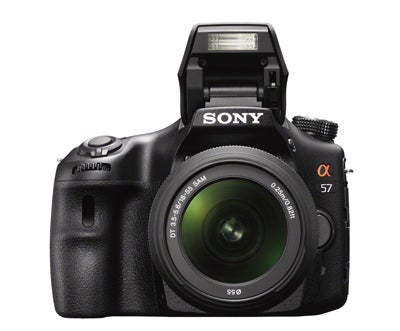 The latest addition to the Alpha family is the Sony Alpha A57, which technically replaces the well-regarded A55 model but externally resembles the enthusiast-level A65. It adheres to a similar idea as the A55, but pushes through a raft of minor improvements across all aspects of the specification set, while also debuting a couple innovative features, the likes of which we’ve come to expect from Sony.

One of these is Auto Portrait Framing, which crops a captured image of a person to a composition satisfying the rule of thirds. So, rather than have a subject in the centre of an image, the function will crop out a version where the subjects eyes are along one of the intersections defined by the rule. This is then interpolated back up to the resolution of the original image using Sony’s By Pixel Super Resolution Technology, and saved alongside the captured one. 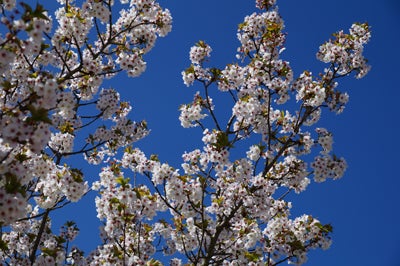 The By Pixel Super Resolution Technology, which has featured in the company’s previous Cyber-Shot models, is also at the heart of the 2x Clear Image Zoom feature, which is said to double the effective length of a mounted lens while maintaining the camera’s full resolution.

On that subject, the Sony Alpha A57 makes use of the NEX 5N‘s 16.1MP Exmor R CMOS sensor; although this offers no advantage in resolution over the 16MP sensor found in the A55, its partnering with the latest generation BIONZ processor is said to nevertheless bring benefits with regards to image quality.

As an SLT model, the Sony Alpha A57 offers an electronic viewfinder in place of an optical one, with 1.44million dots and a 100% view of the scene. In addition to its minor increase in resolution over the A55’s finder, it also employs revised optical components which allow a variable eyepoint from 23.1mm and 25.2mm. The 3in LCD screen, meanwhile, is sized to the 4:3 aspect ratio and equipped with 921,000 dots, with the option of pivoting the display around a base joint for less conventional capture. 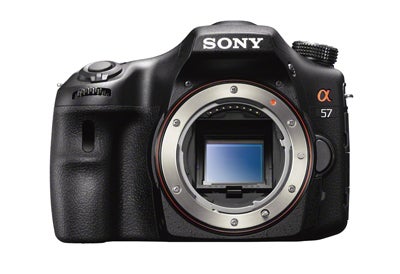 Sony has made an number of additional changes on the inside of the Sony Alpha A57, some of which may not be apparent if simply glancing at the camera’s specifications. The 15-point AF module, for example, remains from the A55, although it’s claimed to benefit from revised Object Tracking AF algorithms to keep a lock on moving subjects.

The Sony Alpha A57’s burst mode has also been increased to offer 8fps as standard, and 10fps in the Continuous Priority AE option which keeps the aperture constant between frames. This mode also adds a further 12fps JPEG-only option in conjunction with the camera’s Tele Zoom, whereby a 1.4x crop of the centre of the frame is captured (at a reduced resolution) with autofocus adjusted between frames.

The omission of the A55’s GPS unit may seem odd on an upgraded model, although this does at least help conserve power.

The use of the same NP-FM500H battery as the A65 is also said to allow the camera to last for a respectable 590 frames when using the LCD screen, and 40 less with the viewfinder, although such figures are always subject to a range of other variables. As with other Alpha models, the Sony Alpha A57 maintains support for a range of Memory Stick and SD media, including the latest SDXC format. 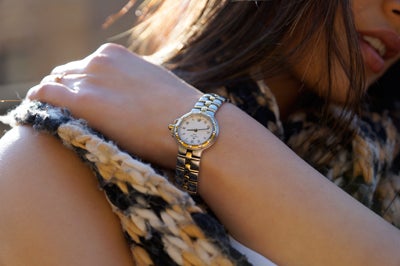