To make the K-30 stand out from the crowd, Pentax has strayed away from a smooth, curved design and has produced a DSLR with a much more distinctive, angular shape.

Not only does it appear visually different, the K-30 adopts similar weather sealing to that found on the K5. In total there are 81 weather seals to prevent dust, dirt and moisture creeping past and reaching the internals. Though it’s not intended to be completely waterproof and won’t survive a submerging in water; it can withstand splashes of water and droplets of heavy rain should you be caught out in a typical British shower. Adding to this, the weather seals are made to endure dust and sand that could prove problematic in hotter climates, and for those who want to use their DSLR in colder environments, the K-30 will continue to operate in snowy conditions where temperatures can fall as low as -10 degrees. 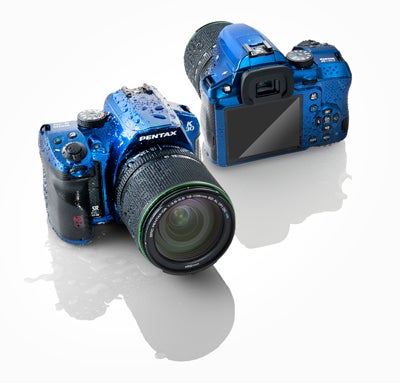 Eager to test the weather seals we emptied the contents of a large bottle of water over the K-30. Once dry we then went one step further and put it in the freezer with the thermostat set to -10 degrees. Neither of these tests proved to be a problem for the K-30 and after switching it back on we were impressed by the way it continued to perform just as well as it did out of the box.

It should be pointed out that the K-30 is one of a kind – it’s the only current mid-price DSLR on the market to feature weather sealing. It’s a feature we’re more accustomed to seeing on more expensive, semi-pro models so it’s certainly a welcomed addition to this type of camera. Whether any other companies jump on board with the idea of taking weather sealing from their more advanced models and introducing it into lower spec models remains to be seen. Who knows this could become the next trend just like HD video and Vari-angle screens were.

In the hand the K-30 feels solid, robust and highly durable. This is in part thanks to its stainless steel chassis, which is different to the K-5’s magnesium alloy chassis. The deep grip gives you plenty to wrap your fingers around and your index finger is left to rest comfortably on the shutter button. The only qualm we have about the shutter button is the lack or feel. Where on most other DSLR’s you know where you are when you half depress the shutter, the K-30’s shutter button feels slightly less positive and unrefined. At the rear, there’s a large resting area for your thumb and just to the left of this is a command dial to adjust aperture. Unlike some cheaper DSLR’s, the K-30 provides two separate command dials for controlling aperture and shutter speed independently. All of the buttons except the Live View button are in easy each of the right thumb, or index finger, making it a relatively easy camera to operate single handedly when your left hand is preoccupied. 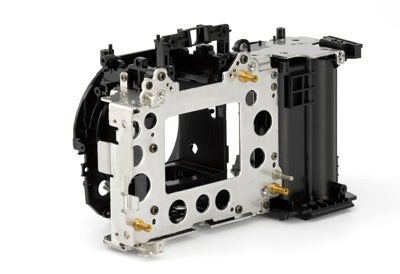 As for the internal menu system there’s no great changes so existing Pentax users will be able to familiarize themselves with the K-30 very quickly. The only aspect that’s changed slightly is the status screen where Shutter Speed and Aperture values as well as a host of other variables are displayed. This is more colourful than before and behind the shutter and aperture settings is a subtle green to blue gradient. ISO and exposure compensation both have a darker blue backgrounds, with all numbers appearing in bright white. To access the K-30’s electronic level function you’re required to double tap the info button from the heads up menu screen.