£599.00
The Pentax K-30 has been released at a testing time for DSLR manufacturers. To keep the mid-range area of the market thriving, we’ve seen many manufacturers turning to their more advanced models for ideas of ways to attract new consumers to their lower end products.

A few examples of the features we’ve seen filter down to mid-price models from more advanced DSLR’s in recent years include HD video, Vari-angle displays, and support for attaching an external microphone to enhance audio recording.

Pentax is no exception to the idea of introducing higher-spec features within its lower-spec models. For their latest mid-price DSLR, the Pentax K-30, they’ve turned to the K-5 for inspiration. Interestingly, the Pentax K-30 adopts weather sealing and the intension of this is to target a wider audience that desire a camera which can shoot in any weather condition. This, combined with innards from the K-01 and K5 creates a DSLR that has plenty of potential on paper.

Earlier we mentioned the Pentax K-30 shares similar internals to that of Pentax’s K-01. The APS-C CMOS sensor as found within Pentax K-30 has been lifted from the K-01, which was previously pinched out of the Pentax K5.

While the design of the Pentax K-01 may have caused controversy, we applauded the way the CMOS sensor retained minute, hairline detail when we reviewed it earlier this year so there’s no reason to suggest the Pentax K-30 should perform any differently. The same can be said for ISO response and with an ISO range of 100-12800 (expandable to 25,600) we’re expecting comparable results. 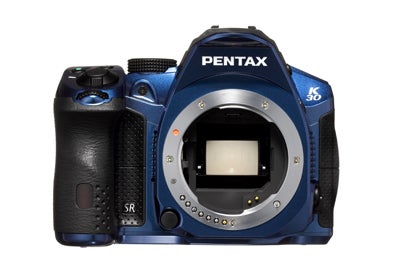 Rather than adopting the Prime II image processing engine as used within the K-5, the Pentax K-30 uses a Prime M image processing engine that has been optimized for HD video capture, smooth live view, low chromatic noise and low energy consumption. Pentax has always been known for producing fast performing DSLR’s and the Pentax K-30 is no exception.

It can’t quite match the K-5’s impressive 7fps continuous burst rate, but the Pentax K-30 remains a strong candidate for shooting high-speed sequences with the ability of rattling out a burst at 6fps. This makes it faster than two of its closest rivals – Nikon’s D3200 (4fps) and the Canon 650D (5fps) and puts it in the same speed league as many semi-pro DSLR’s such as Canon’s EOS 5D Mark III.

As for the arrangement of AF targets, nothing has changed over the K5. It features Pentax’s tried and tested 11-point (nine cross type) array and as well as AF.A (auto), AF.S (single), AF.C (continuous) and Manual, there’s a bright green AF assist lamp to aid focusing in dark conditions.

Advancing on previous entry-level Pentax models such as the K-x and K-r, which are still available to buy but are no longer in production, the Pentax K-30 features a pentaprism viewfinder that offers a 100% optical field of view for the most accurate framing you can get. Directly beneath this lies a fixed 3in LCD screen that boasts a 921k-dot resolution. Much like the sensor this is the same as the type found on the K-01. 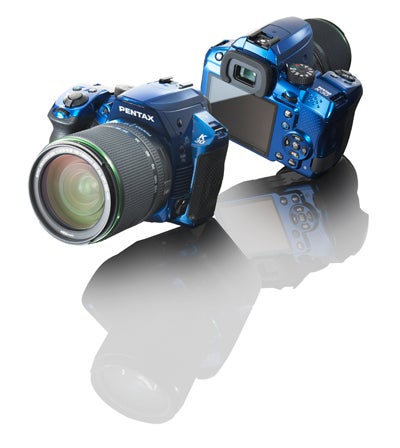 The issue of dust adhering to the surface of the sensor has always remained a threat for photographers who frequently swap lenses. To prevent the issue Pentax has fitted the Pentax K-30 with a shake/dust reduction system. Unlike some cameras that run their dust systems at the time the camera is shut down, the Pentax K30 runs it as the camera is switched on. This is the default setting and as we found there’s the option to change this from within the menu system or switch it off altogether if you so wish.

As for video, the Pentax K-30 provides full 1080p HD movie capture at 30, 25 and 24 frames per second. Unfortunately the Pentax K-30 doesn’t feature a 3.5mm mic port built into the body for attaching an external microphone, but you will find five settings to take independent control of audio levels from inside the movie menu.

Powered by a rechargeable D-BH109 Li-ion battery that is claimed to be good for approximately 480 frames, Pentax has continued with their tradition of making an AA battery holder so that it can be powered by AA batteries when required.

The only real disadvantage of this is that it takes up quite a lot of room where a larger Li-ion battery could be inserted, however it does give you the option of using AA’s if you run out of rechargeable battery power or when you’re working in remote areas where there’s no access to mains power.