If you were to cast your mind back eleven months you’d recall Nikon renewing their D5000-series of DSLRs by introducing the then-new Nikon D5200. In a world where camera models seem to have an increasingly short lifespan, it has been succeeded no less than eleven months later by the new Nikon D5300 – a model that’s been brought bang up to date with the introduction of wireless Wi-fi connectivity.

With many new camera models being updated so they provide the functionality to share images more easily, there’s an ongoing concern from consumers that manufacturers are adding wireless connectivity into new models and asking a premium for them without necessarily introducing other new and exciting features.

Is this the case with the new Nikon D5300, or have Nikon turned the already impressive D5200 into an even better performing DSLR? 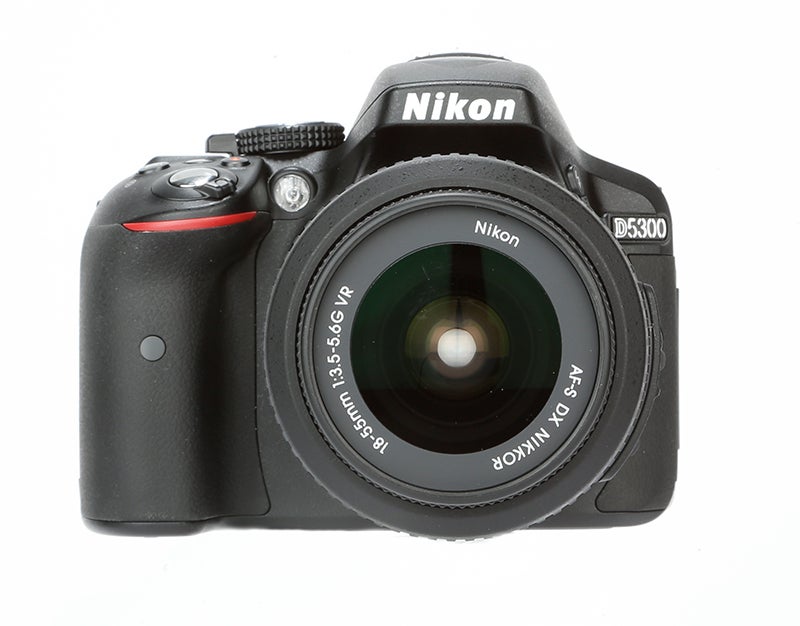 As well as introducing Wi-fi connectivity, Nikon have made some other significant changes to the Nikon D5300 to ensure it’s not merely catering for those who’d demand the latest wireless technology. The latest sensor development to the camera pulls it further away from the entry-level D3200 and closer towards the D7100 – two models the D5300 slots in-between in Nikon’s DX-format DSLR lineup.

While its 24.2MP DX-format CMOS sensor and maximum 6000 x 4000 pixel output may not seem any different, it’s an entirely new proposition.

By removing the optical low-pass filter in front of the sensor in a bid to preserve the finest levels of detail and clarity, it suggests the D5300 should record sharper and crisper detail than its predecessor – something we’ll explore in greater depth when it comes to assessing image quality. Turning our attention to the D5300’s sensitivity range further highlights similarities between its sensor and the one used within the D7100. 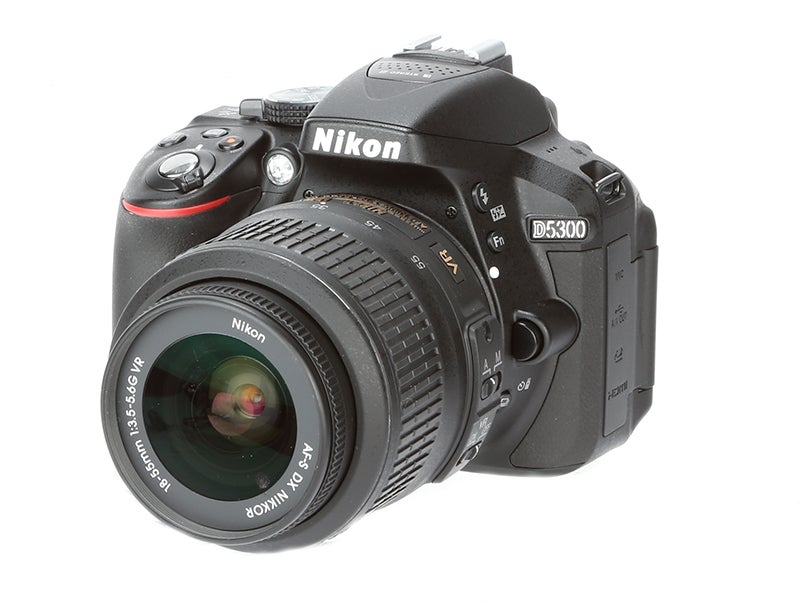 Whereas the D5200 gained a 1fps continuous burst improvement over the D5100, the same can’t be said for the D5300 and it shoots at the same 5fps rate as the D5200. This is a little surprising given that the camera is one of the first DSLRs to be rolled out with Nikon’s newly developed EXPEED 4 image-processing engine, which we half expected to increase the frame rate to at least 6fps.

Take into consideration that the D7100 shoots at 6fps and the D5300 appears to adopt the same sensor, it’s quite possible the D5300 has the processing power to shoot faster but has been capped at 5fps in an attempt not to tread too heavily on the D7100‘s toes.

Other similarities with its predecessor include a 39-point AF system, which uses the Multi-CAM 4800DX autofocus sensor module with TTL phase detection. Of the 39 AF points, nine are the more sensitive cross-type, with the option to set the camera to an 11-point array should the AF point be required to be moved more quickly across the frame.

Despite the AF system not being as advanced as the D7100‘s 51-point array, which also benefits from having six more cross-type sensors, it’s well equipped with 3D focus tracking. Not only is this intuitive enough to follow the movement of a subject in a frame, it’s capable of predicting the position of the subject at the moment the image is captured based on the measurement of the subjects movement and speed. 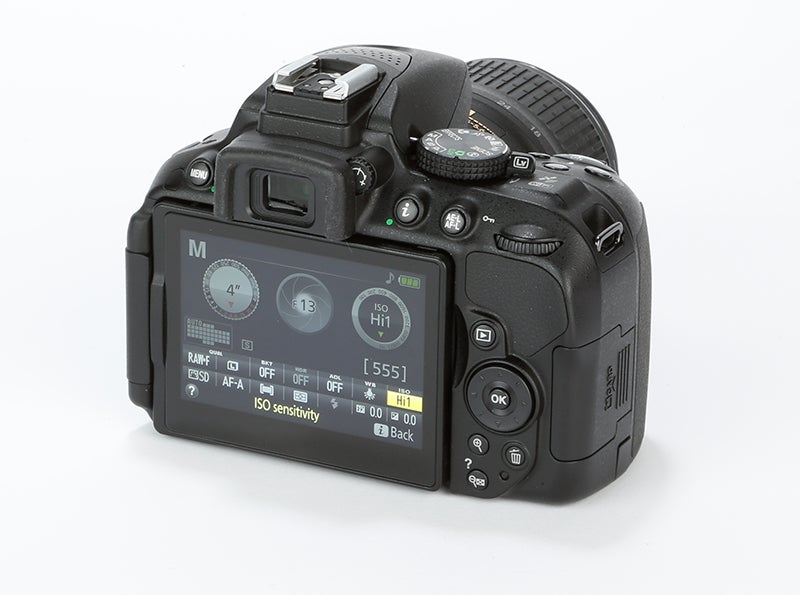 For metering the D5300 uses the tried and tested 2,016-pixel metering sensor. This is designed to work in tandem with Nikon’s Scene Recognition System, which cleverly analyses a scene before refining adjustments to exposure, autofocus and white balance to deliver the best possible results.

Added to this, there’s the option to set exposure compensation over a +/-5EV range in increments of 1/3 or 1/2, but another feature not yet mentioned that’s improved on the D5200 is the 3.2in, 1,037k-dot Vari-angle screen. Though it sees an improvement in two key areas, these being its size and resolution, Nikon’s screen technology still lags some way behind Canon who has excelled with its touchscreen functionality for well over a year.

For an upper entry-level DSLR, the video output is suitably advanced for moviemakers. Fitted with a built-in stereo microphone and compatible with external microphones that attach via a 3.5mm jack, the D5300 records Full HD video at frame rates up to 50p/60p, with 30p,25p and 24p frames rates also available.

The option to select full-time servo, which allows the camera to continually autofocus while filming is approved of, but Nikon has again missed out on the opportunity to renew its 18-55mm kit lens to make it quieter and prevent it from disrupting audio footage with its constant whirring.