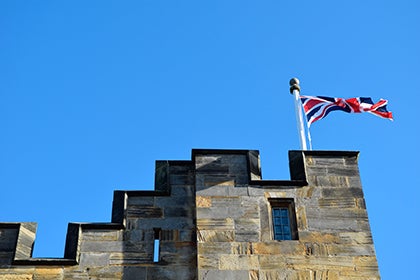 The D5300’s Auto White Balance rarely misses a beat and can be relied on to render faithful colour temperature in a variety of different scenes, both indoors and out. Too add to this, colours straight out of the camera are rich, punchy and vibrant, leaving you with little or no work to do with the Saturation slider in post-processing. The only colour issue was experienced at the expanded ISO 25,600 setting, where an obvious magenta cast spoils and otherwise faultless colour and white balance performance.

The D5300’s 2016-pixel RGB metering sensor goes about its business effectively, offering spot, centre-weighted and matrix metering modes. Rarely did we find ourselves dialling in exposure compensation, other than maybe 0.3EV-0.7EV in particularly high-contrast scenes. For a majority of users, Active D-Lighting will want to be permanently set to Auti. In high-contrast scenes the automatic digital processing helps to preserve saturation and detail in the brightest or darkest areas. Without it users could find their results appear slightly more washed out, particularly in areas of the sky as per the example image.

The removal of the anti-aliasing filter does give the D5300 the edge over the D5200 when it comes to level of detail the sensor resolves, however it is marginal and unless you inspect images incredibly closely like we did our resolution chart, it’s hard to spot the difference. Resolving 28 lines per millimetre (lpmm) is an impressive readout from the sensor – great for zooming in and inspecting details much more closely, but also cropping tightly without having a disastrous effect on image quality.

Comparing the D5300’s ISO results alongside the D5200‘s revealed the D5300’s noise performance is the superior, both in Raw and JPEG images. Although a faint trace of luminance noise is introduced at ISO 800, it can be removed in post using noise reduction techniques. As for colour noise, this doesn’t appear until ISO 6400. ISO 3200 and 6400 are useable on a day-to-day basis and while the results at ISO 12800 and 25,600 feature less noise than the D5200, these high ISOs should be avoided, even in low-light if you’re after resolving the very best image quality from the sensor.