The Nikon D5200 is a camera that’s capable of great shots in demanding shooting situations. Tested with a variety of DX-format lenses and a pro-spec telephoto zoom, the AF system performs admirably and does a top job of following subjects at speed when the 3D tracking mode is deployed. Although the 18-55mm kit lens may be adequate for beginners, it doesn’t set the world alight in terms of its speed or performance. To get a taste of what it’s like to own a DSLR with a fast and accurate AF system, you will need to pair the D5200 with premium glass. 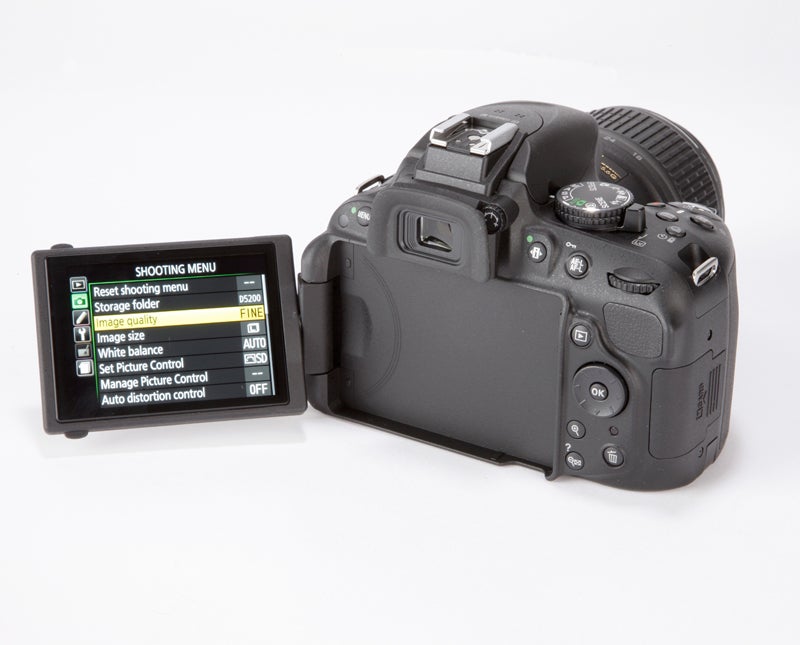 The coverage of the Nikon D5200’s AF points across the frame is in a different league to what we’ve seen before on a DSLR of this spec. As we discovered, there’s rarely a time when an AF point doesn’t cover your subject. In Live View it’s a similar story – the AF target can be positioned anywhere, even to the far edges of the frame. Our only gripe was the speed it takes to move the AF target around. When you move the AF target from the bottom right to the top left of the frame for instance, it takes six to seven seconds by which time a photo opportunity could have easily passed you by. You’ll find there is the option of centralising the target by hitting OK, but sporadic movements need to be made faster. Live View focusing is noticeably slower than when you compose through the viewfinder, however with the mirror flipped out of the way the contrast-detect AF provides good accuracy after its locked on for pin-sharp results.

Despite some criticisms being raised in various quarters of early samples producing better sharpness in Live View than when the mirror moves during an exposure as a result of using the optical viewfinder, we experienced no such issues of this in our tests. The only Live View omission we picked up on was the 18-55mm kit lens having a tendency to hunt and whir a little. During our video tests these whirring noises were picked up by the stereo microphone and easily traceable when playing back video footage.

The creative effects modes have also been carried across from the Nikon D5100. Some of these include night vision, selective color and silhouette. Just like its forerunner though, there is some lag when previewing the colour sketch and miniature effect modes in real time on the LCD display, which became rather irritating over time.

Loaded with a SanDisk Extreme Pro card, the D5200 managed to capture six frames at 5fps shooting Raw+JPEG before the buffer prevented more being taken. After a six second breather the camera was ready to record an identical burst. Switching the image quality to Fine JPEG revealed it can shoot an unlimited amount of images at 5fps, which is an impressive performance by consumer DSLR standards, especially when you consider the 24MP resolution of the images.

As for the Nikon D5200’s screen, it’s clear, sharp and can be tilted to compose shots from almost any shooting angle. The 921k-dot resolution isn’t as impressive as some of its closest rivals, but is sufficient for assessing image sharpness. The independent zoom buttons make it quick to inspect images under close inspection and the button to the left of the command dial is handy to protect images from being accidentally deleted.