There was a long delay but the Canon EOS-1D X has finally arrived. Has it been worth the wait? Find out in our Canon 1D X review

£5,299.00
Rewind ten months and you may recall reading about Canon announcing its new professional DSLR – the Canon EOS-1D X. Usually, within a month or two of a camera being launched we expect the first fully working samples to roll off the production line. However, in the case of the Canon 1D X, the journey from design to creation has taken a bit more of a tortuous route.

Inheriting the speed characteristics from Canon’s EOS-1D models and a full frame sensor as typically found in Canon’s EOS-1DS DSLRs, the Canon EOS-1D X is designed to merge the best into one camera to provide an impressive balance between high resolution and high speed. It promises an excellent performance for professional photographers who seek nothing but the very best so it’s about time to find out if the Canon EOS-1D X can live up to its high expectations.

Rather than featuring an APS-H CMOS chip such as that found inside the EOS 1D Mark IV, Canon has fitted the Canon EOS-1D X with a full frame CMOS imaging sensor that delivers an 18MP resolution. Full frame is physically larger than APS-H and to give you an idea of the surface area of the 1D X’s sensor in comparison with the Canon EOS 1D Mark IV’s, it measures 36x24mm as opposed to 27.6×18.6mm.

With the sensor reflecting the same dimensions as 35mm film it means the 1D X’s focal length is equivalent to exactly 1.0x the focal length of lens. This is unlike the Canon EOS 1D Mark IV, which has a 1.3x multiplication factor to take into consideration when attaching EF lenses. 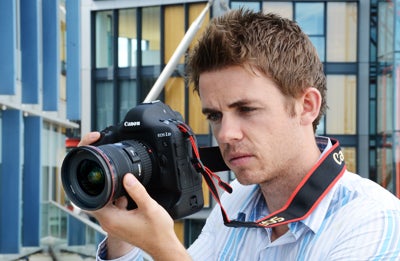 The 1D X’s full-frame sensor also permits an extremely wide ISO range of 100-51200, with the option to expand it to ISO 50 at the low end and an equivalent of ISO 204,800 in the H2 setting. At present this is the highest ISO range to be offered by any Canon DSLR and gives it a two-stop advantage over the EOS 1D Mark IV when comparing native ISO ranges.

To process the large files the Canon EOS 1D X features not one but two DIGIC 5+ image processors, which are the same type as found within the Canon EOS 5D Mk III and Canon EOS 650D.

By having a pair of processors running in tandem the Canon EOS 1D X has the power to process image data more quickly and provide an extremely fast burst rate that’s demanded by the professional photographers it’s aimed at.

Capable of a 12fps burst (or 14fps in Super High Speed mode) the Canon 1D X is up there as one the fastest DSLR’s available and is fractionally faster than one of its closest rivals – Nikon’s D4 that’s capable of 11fps. 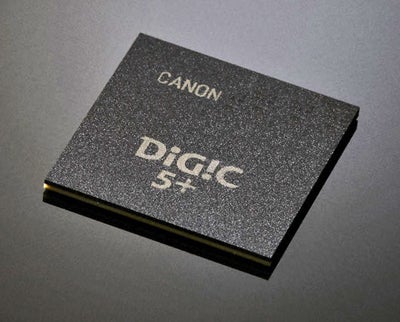 Metering is looked after by Canon’s 100,000 pixel RGB AE metering system and it offers the choice of evaluative, partial, spot or center-weighted. Exposure compensation can be set to +/-5 EV in 1/3 or ½ stop increments and auto bracketing offers a +/-3 EV range for 2,3,5 or 7 shots.

The focusing system the Canon EOS 1D X uses is virtually identical to the 61-point AF system used by the EOS-5D MkIII and the only major AF-related difference involves the two cameras metering systems.

The Canon 1D X’s metering system not only measures exposure, it can be used in combination with automatic AF point selection to assist the AF system, following moving subjects around the AF area. On the EOS-5D Mk III it uses a different metering system which is not linked to the AF system. 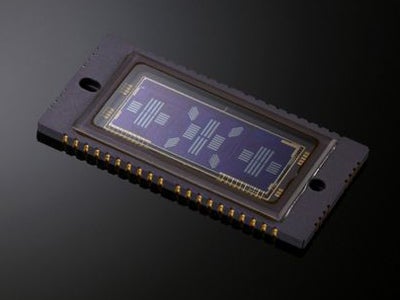 From the menu there’s a multitude of AF presets to cover a range of subjects for AF tracking. These vary the responsiveness of the AF to suit different subjects entering or passing through the frame and there’s the option to fine-tune these using the image protect button.

The viewfinder provides 100% frame coverage, a 0.76x magnification and dioptre correction control. Beneath this lies a large 3.2in Clear View II screen that offers a 1,040k-dot resolution. It’s an identical display to the Canon EOS-5D Mk III and much like its stable mate in the current EOS lineup, it has the option to star rate images and apply Raw image processing in playback mode. 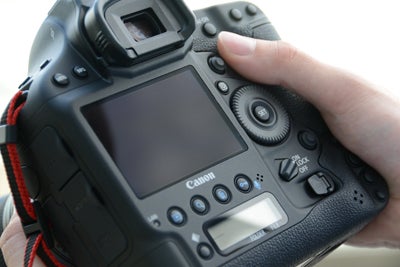 Functionality is limited to manual focusing but for those who’d like to enhance audio there’s a 3.5mm mic port. On the subject of ports, there’s also an Ethernet port allowing fast and easy transfer of images directly to a PC or network and there’s an HDMI mini output too for linking up to an HDTV.