Canon has a long heritage of producing some of the very best entry-level DSLR on the market, with a combination of ease of use and comprehensive functionality that made them a hit with those making the step up to DSLR photography.

In recent times, however, Canon’s entry level DSLRs have come under increasing competition – firstly from an increase in both quantity and quality of entry-level DSLRs from other manufacturers, but also from a growing number of compact system cameras which offer similar feature sets in increasingly smaller bodies.

On the whole Canon has held its position near the top of the entry-level tree thanks to continuous innovation, and the Canon EOS 1200D looks like being no different.

The model features an 18MP CMOS sensor and 1080p HD video capture, as well as debuting with Canon’s new EOS Companion app. But is it enough to cement the range’s impressive entry-level status? 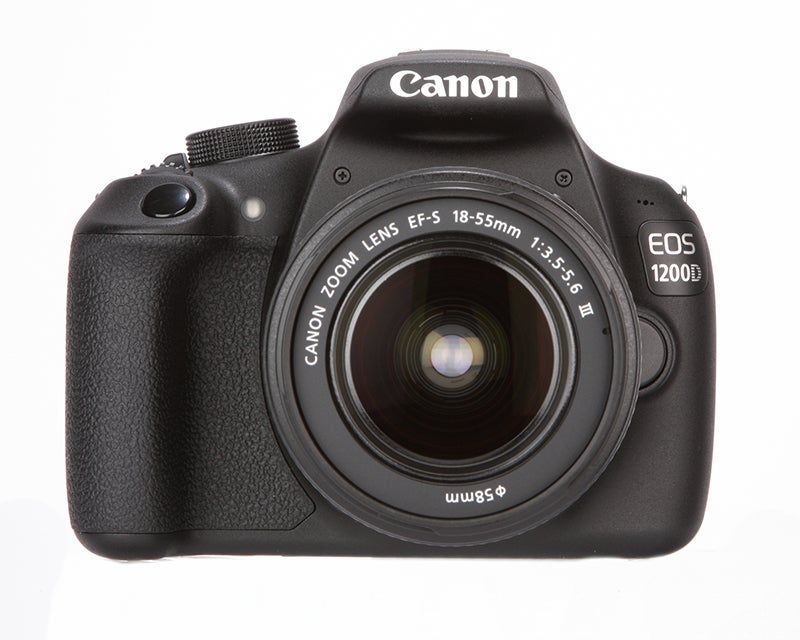 The camera’s predecessor, the Canon EOS 1100D, was – and still is – one of the most popular entry-level DSLRs going, although however good it was there were certainly areas for improvement.

One such area was the rear of the camera, with the 1100D featuring a 230k-dot 2.7in display that was dated even at the point of launch.

Canon has addressed this with a new 460k-dot, 3in TFT LCD now featuring. Unfortunately the LCD screen doesn’t feature touch functionality, nor vari-angle technology, although for a DSLR in this price range that’s not hugely surprising.

One of the major benefits of opting to go with Canon for your entry-level DSLR comes in the form on the accompanying optics. The 1200D forms a off-the-shelf kit with Canon’s 18-55mm f/3.5-5.6 II lens complete with built-in image stabilisation.

The kit lens is just the start of the story, however, as the main benefit is the sheer amount of lenses in the Canon eco-system – from affordable ‘next-step’ optics, to second hand bargains, all of which will be available to you should you opt for Canon. 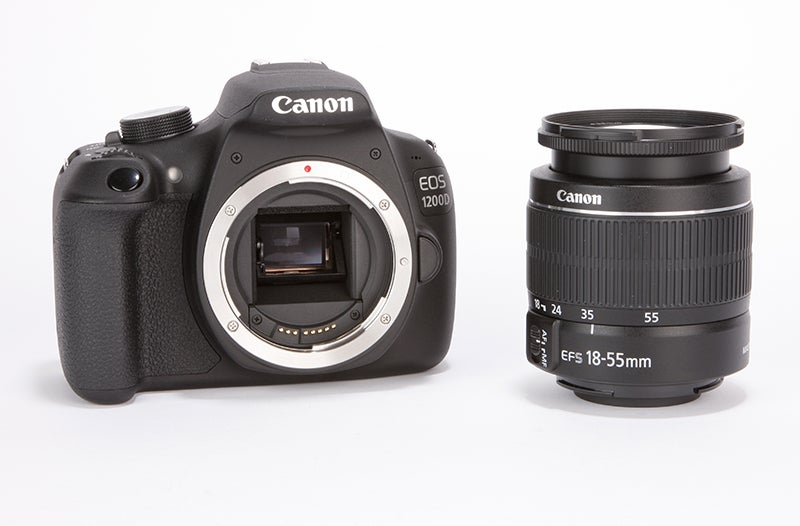 Another area that sees the 1200D make a major improvement on its predecessor is with regards to the camera’s sensor. The model features a new 18MP chip that builds substantially on the 12.2MP count of the 1100D.

Although the megapixel count is higher, the physical size of the sensor remains the same, while the 1200D also retains the same DIGIC 4 image processor.

The processor facilitates continuous shooting of around three frames per second with a burst depth of around 69 JPEG files, although that does drop down to just six images when shooting Raw.

Talking of Raw files, as you would expect the 1200D offers full Raw shooting support. In terms of Raw processing software the Canon EOS 1200D ships with the manufacturer’s Digital Photo Professional capable of most editing adjustments. 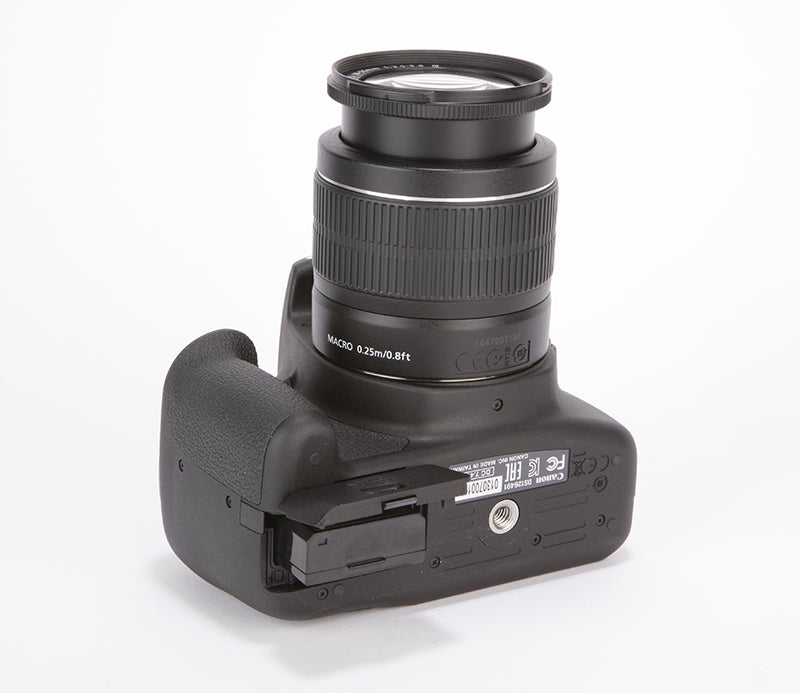 One area in which the 1200D doesn’t improve on its predecessor – instead decreasing on the performance substantially – is battery life.

While the 1100D managed nearly 700 shots on a single charge, the 1200D is only capable of around 500 shots. Although that should be enough for general shooting, it’s a shame to lose that much capacity.

In terms of the camera’s video performance, this is another area in which the 1200D has received a performance boost. The model is now capable of shooting at either 30, 25 or 24fps at full 1080p resolution, while there’s also the option to take a full res snapshot whilst shooting video.

Unfortunately, although not unexpectedly for a camera at this price point, the 1200D doesn’t ship with Wi-fi functionality. It is, however, compatible with Eye-Fi memory cards and as such supports wireless transfer of images in conjunction with Canon’s smartphone and tablet app.