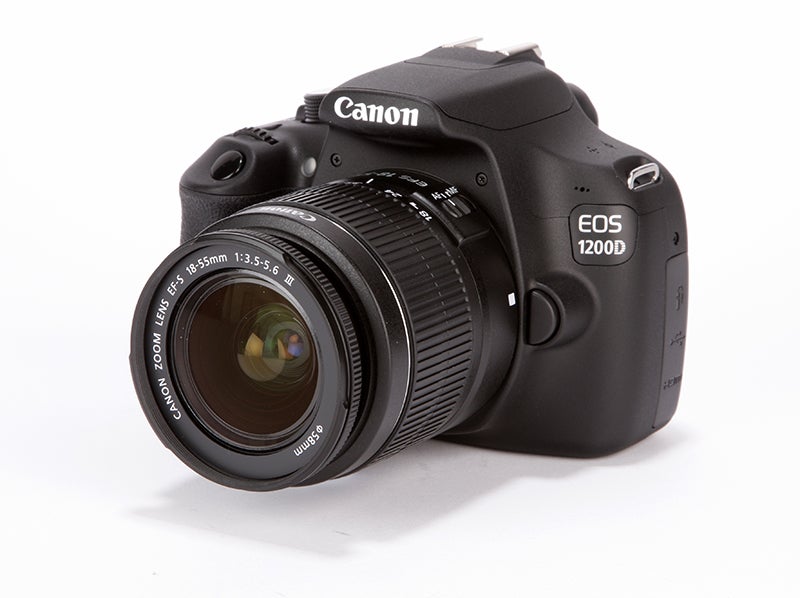 As has been the case with previous Canon entry-level models, and as you would expect for a camera pitched at those who might be arriving at a DSLR for the first time, the 1200D is somewhat minimal in terms of controls found around its body.

Rather than feature dedicated buttons for controls such as AF modes and ISO setting, instead these functions are accessed through the camera’s D-pad. There’s also a large and clearly labelled quick menu button located next to the D-pad.

The 1200D’s quick menu button is particularly useful as it allows for one touch access to a host of commonly used functions which might otherwise be located deep rooted in the camera’s menu system, and thus out of the way of beginner photographers. 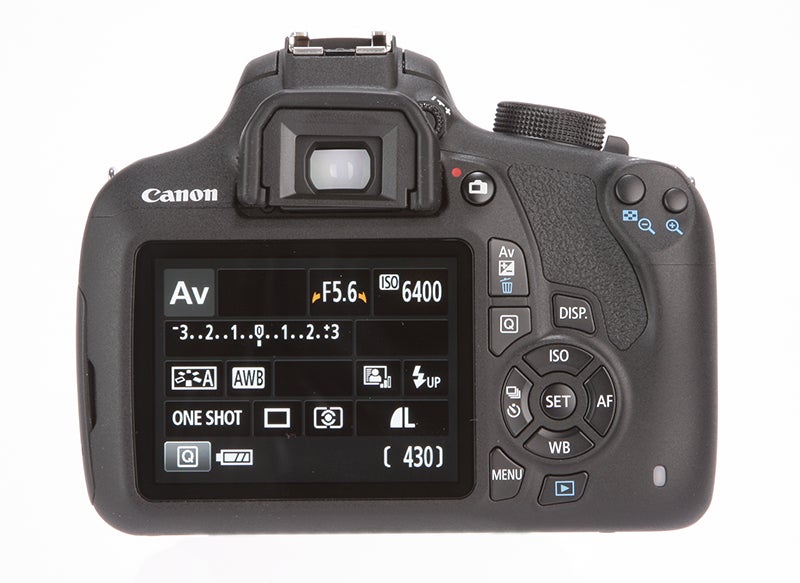 In terms of the camera’s general build quality, the model is comprised of a carbon-fibre reinforced polycarbonate body. On first impressions this body does feel a touch plasticy, although not hugely so and certainly no more so than you would likely expect from an entry-level camera.

Also, despite the plasticy feel the camera does feel solid enough in the hand, while one of the benefits of the polycarbonate material is that it maintains the lightweight nature of the body.

It weighs in at around 480g complete with a battery and card, making it 100g lighter than the Canon EOS 700D and even 15g lighter than its predecessor – the EOS 1100D. This weight saving is made by a slight decrease in the size of the camera, although in reality the camera feels very similar to its predecessor.

As you would expect with such a small change in the camera’s design and body size, the camera handles much the same as its predecessor and as such is comfortable to hold, also aided by the small thumb grip on the rear.