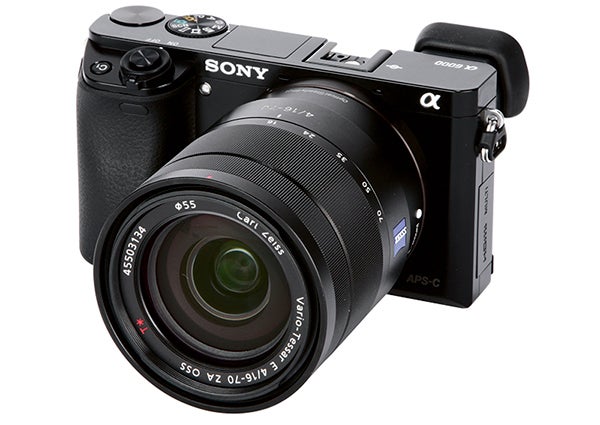 Although the a6000 is generally designed to operate like a DSLR, in terms of its general look and feel it certainly maintains an air of its predecessor and thus a conventional CSC.

Thanks to the bulk of the camera’s weight being located towards the hand grip end of the body, when a lens is attached the a6000 is nicely balanced and certainly feels comfortable in the hand when shooting.

The hand grip itself features an ergonomic moulded and rubberised finish which allows for a firm enough hold so that you shouldn’t be afraid to shoot holding the camera in one hand if needs be. 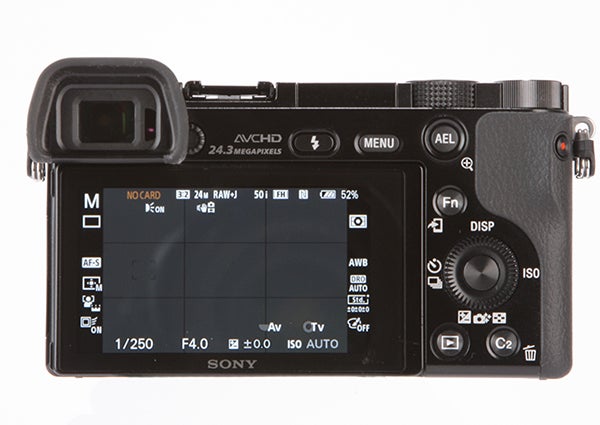 In terms of the camera’s control layout the a6000 features a relatively basic layout which offers quick access to a host of the camera’s functionality. For example, the model offers dual shutter and aperture control thanks to the selection wheel on the rear of the camera and a control dial on the top plate.

The a6000 also features two custom buttons which can be assigned to any required function, while the presence of an ‘Fn’ button above the model’s rear control wheel further enhances the customisable nature of the camera.

So although there are a lack of extensive physical controls located around the body offering direct one-touch access to various functionality, the amount of customisable buttons means that it’s rare that you’ll need to delve in to the menus.