Without the mirror in the K-01’s design there’s no phase-detect autofocus available. Instead the sensor-based contrast-detect autofocus is the sole method that the K-01 can automatically acquire focus. In recent years many manufacturers have pushed the speed and accuracy of this focus method forward to impressive levels. Take the Panasonic GX1 or Olympus OM-D E-M5 as defining examples. 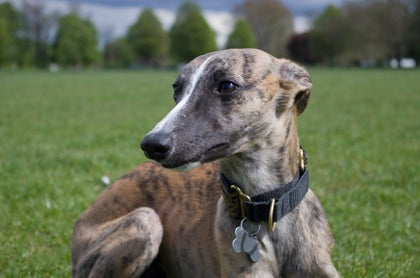 Sadly this isn’t the case with the Pentax: it’s capable enough for the most part, though relies on wider-angle focal lengths and decent light for its fastest-possible focus. Extend the focal range and dim the available light and it’s not unusual for the camera to search through the entire focus range before acquiring focus.

The speed of focus is also behind that of other comparable competitors’ cameras. It is better than most DSLR cameras’ live view systems (Sony’s Quick AF Live View system excluded), but still isn’t up to scratch considering what else is available on the market. Pentax needed a lightning fast system to really make its mark.

But worse still is the sheer amount of noise the AF system makes. Both the 40mm f/2.8 and 18-55mm lenses used in this test (and both available as kit options) output significant, grinding noise as the camera autofocuses. No chance of subtlety here. 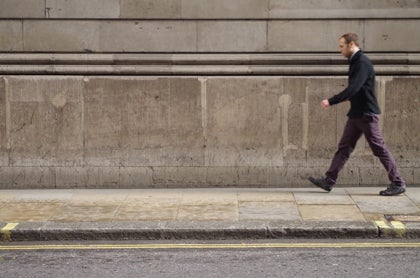 When focus is acquired it’s shown clearly by a green rectangle on the K-01’s screen and an accompanying (optional) bleep provides additional feedback. Autofocus is divided into Face Detection, Tracking, Single Point Select, and Centre Spot modes. The Tracking option performs poorly as the slow autofocus speed will lose a subject if it drifts from the focal plane, and isn’t able to keep up with fast moving subjects – a common issue with contrast-detection systems. The Face Detection mode doubles up as a ‘Multi’ mode, but finding specific, pinpoint areas is difficult to achieve.

It’s a shame as Pentax DSLR cameras have decent contrast-detect live view systems within their class for when composing with the rear LCD screen. But for the K-01 to really fly it needs a system that significantly outperforms the existing standard, including the latest Compact System Cameras. But that just isn’t the case.

Alternatively flick the AF/MF switch to the side of the camera to jump into Manual focus mode. Within the menu options is a Focus Peaking option that is particularly useful in conjunction with manual focus. The mode shows ‘peaks’ – halo-like embossed edge highlights around the focused area – to assist with finding focus.

Continuous shooting offers a five frames per second option. We tested using a Class 10 Panasonic Gold SDHC card and found that four frames could be captured prior to a very small delay before the fifth frame was captured. It’s also worth noting that the Continuous Hi mode is only available for JPEG shooting – it’s greyed out if Raw is activated, instead offering the slower Continuous Lo only.

The camera includes a hotshoe for attaching an external flash or other accessories, though a pop-up flash is also built into the body. It’s useful for short-length lenses only though – even the 18-55mm lens at the wide-angle setting will suffer from drop shadow to the bottom of the frame on account of the lens being in the way of the flash’s path.

Pentax’s staple Green Button takes pride of place on top of the K-01’s body, in a new – brighter and glossier – shade of green. This can be set up to auto set the exposure to its measured TTL point, plus the Tv/Av Shift allows a defined aperture or shutter value to be fixed.

The red button closer to the body’s edge defaults as a one-touch movie button, but can also be treated like a function button to control File Format, Preview, Focus Peaking, Custom Image and Digital Filters.

However, another Pentax staple, the TAv exposure mode (which is akin to an ‘ISO Priority’ control mode), has been removed altogether. In its place is a quick-access HDR (High Dynamic Range) option.

While the 3in, 921k-dot LCD is of an ample resolution, it can be hard to see in bright sunlight. The lack of a viewfinder or any tilt-angle mechanism can make some shots hard to achieve.

Battery life is said to be 500 shots per charge. While this is better than a lot of the Compact System Cameras out there, we found total shots were short of this mark due to the amount of screen-based preview and composition use. To put it in context the K-01 uses the same battery as found in the K-5 DSLR – but will only deliver power for half as many (or less) shots.