£549.00
The Panasonic G6 is a continuation of a successful series of Compact System Cameras (CSCs). Panasonic lit the fuse with the first ever CSC when it announced the Lumix G1 back in 2008.

With a wide selection of models now available to appeal to anyone from those looking for an easy to use alternative to a compact right up to professionals, Panasonic’s single-digit range of G-Series cameras has always been aimed towards DSLR users looking for a more compact alternative.

The question is – does the arrival of the Lumix G6 do enough to tempt you away from a Canon EOS 700D or Nikon D5200? 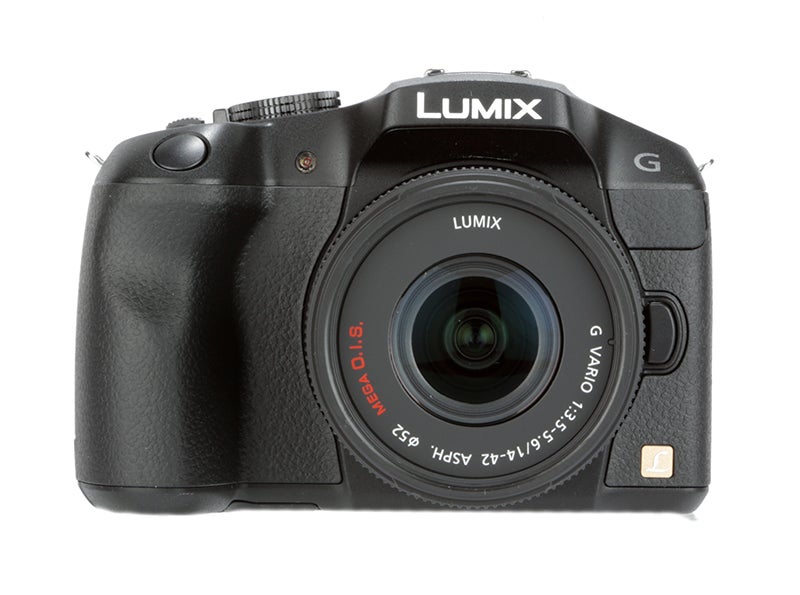 Not out to replace the popular G5, Panasonic say the Lumix G6 is a new addition to the G-Series range, slotting in between the G5 and the GH3 in the G-Series line-up.

While the Panasonic G6 features a identical resolution to the G5, the 16.05MP Live MOS sensor is a hand-me-down from the once range-topping GH2. This has been paired with a all-new Venus Engine image processor to deliver an ISO range from 160-12,800, and that can be extended to an ISO sensitivity equivalent to 25,600. This offers a 1EV Step gain over the G5 and a match for its closest DSLR rivals.

It also sees the G6 capable of shooting at an impressive 7fps, and with focus tracking engaged it’s still impressive at 5fps. Should you wish, the G6 can also capture shots at 40fps at a reduced resolution with an electronic shutter.

Paired with this fast burst rate is Panasonic’s Light Speed AF, with the digital signal exchanged between the camera and lens at 240fps to minimize focusing time. There’s a choice of focusing modes that features Face Detection, AF Tracking, 23-Area, 1-Area and Pinpoint. 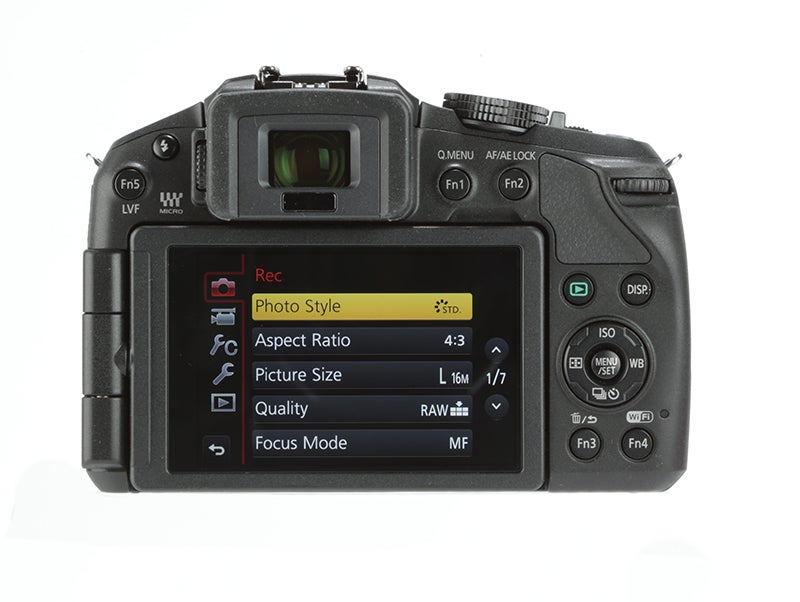 As is the norm with CSCs, the Lumix G6 features an electronic viewfinder (EVF). The new unit features a 1.44m-dot resolution, a high contrast ratio at 10,000:1, a 100% coverage and OLED (Organic Light-Emitting Diode) technology that promises to improve power consumption over it predecessor.

Panasonic also claims display time lag has been minimised dramatically compared to its predecessor, while an eye sensor next to the EVF automatically switches between that an the rear screen.

The Panasonic G6 features a 3:2 aspect ratio 3in rear screen with a 1040k-dot resolution that’s fully articulated, allowing it to be rotated 180° to the side and 270° up and down. The viewing has also be improved thanks to the front panel sitting directly on top of the LCD without containing an air layer in between.

On top of this, the G6 also features touchscreen functionality. The capacitive system improves on the pressure-sensitive design of it predecessor and offers multi-touch control that includes tap focus and swipe gestures. 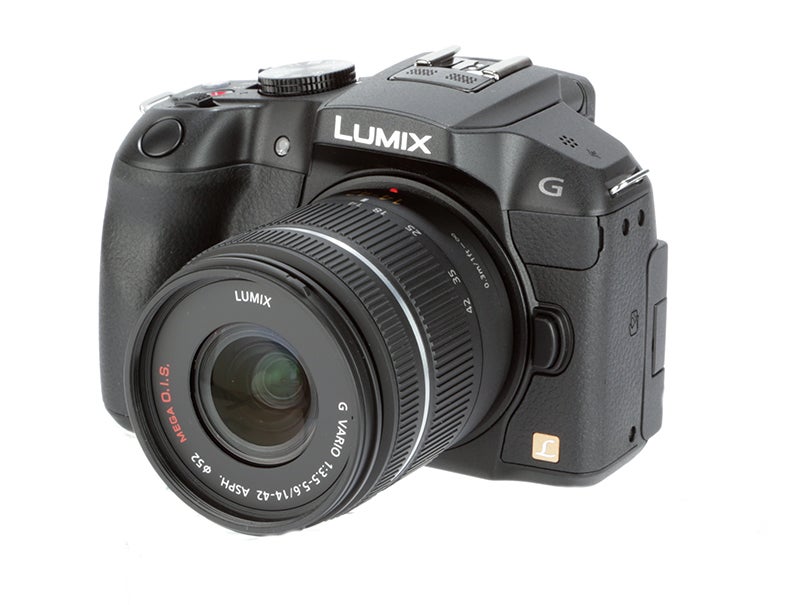 As we’ve seen with a few Panasonic cameras recently, the Lumix G6 features not only Wi-Fi connectivity, but also NFC (Near Field Communication) as well, allowing users to connect to their compatible smartphone or tablet by simply touching the two devices together. This allows for quick and easy transferring of images.

Users can also download the Panasonic Image App, allowing you to select the focus point, control the power zoom lens (if applicable) and adjust exposure, while images can be transferred to your smartphone once you’ve taken a shot.

It’s no surprise that thanks in part to the use of the Lumix GH2’s Live MOS sensor that the G6 delivers a very impressive video spec. Users will have the choice of shooting Full HD 1080p video at 24, 25 or 50p in AVCHD or at 25 or 50p in MP4 format, while the G6 offers full manual shooting control.

As well as this, there’s also a 3.5mm socket to attach a dedicated stereo microphone if you’d prefer over the built-in stereo mics.

Along with the usual M, S, A, P and scene modes, the G6 also offers a Creative Control mode with a choice of 19 filters including Bleach Bypass, High Dynamic and Soft Focus. There’s also a new Creative Panorama function that builds a panoramic image from consequent shots taken in a sweep of a scene, while Clear Retouch allows users to clone out unwanted subjects during image review by using the touch interface to trace offer the unwanted element of the shot to be removed.