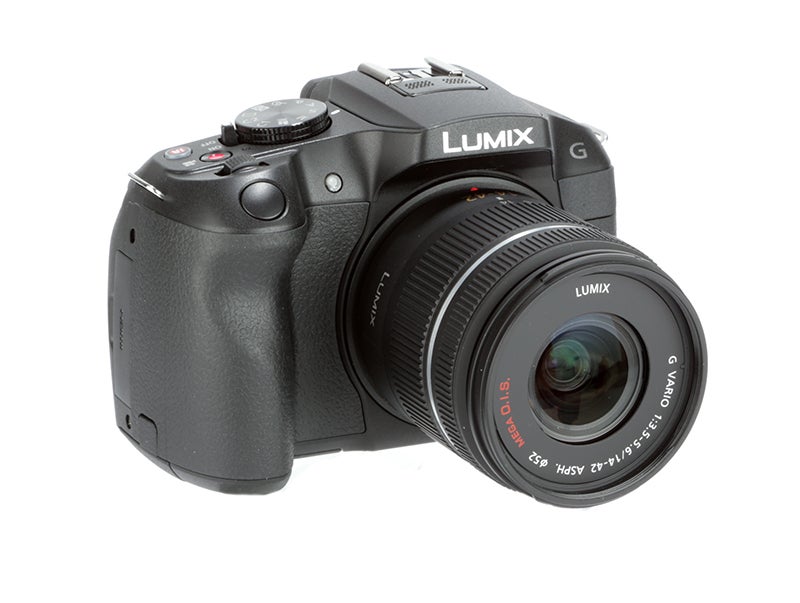 The Panasonic Lumix G6 features a new, more hunched and purposeful design that’s a little reminiscent of Leica’s R9 film SLR when viewed front-on. While the majority of CSCs shun a large handgrip, the G6 sports a nicely sculptured grip that provides a comfy hold.

Even taking the grip into consideration the G6 is still a neat little package that’s noticeably smaller than its DSLR peers, measuring 122 x 85 x 71mm. That only tells half the story though, and the absence of a mirror and pentaprism sees a depth of only (around) 40mm from the lens mount to the rear of the camera.

The Panasonic G6 is predominantly finished in a matt plastic that in places doesn’t feel that satisfying to the touch – especially on the top plate – and feels a step back from the G5 which sported an aluminium front. Quite of few of the exterior buttons, including the shutter button and 4-way D-pad, also don’t have quite the same tactile, quality feel as those found on the G5 also. 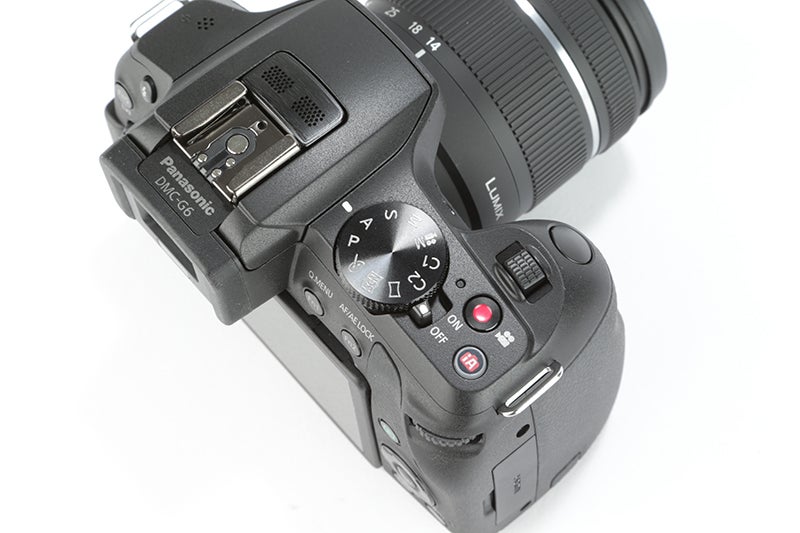 Despite the Lumix G6 offering an advanced touchscreen, there’s still a host of exterior controls dotted round the body, that includes five customisable ‘Fn’ buttons with over 30 options to assign them. As well as this, there are four ‘hard’ buttons for ISO, AF, White Balance and Drive on the D-pad, as well as Playback and Display.

The rear command dial overs input for shooting settings while there’s a Function Lever positioned just behind the shutter button that allows you to control a plethora of settings, such as zooming into and image during playback, exposure compensation during shooting.

If you’re using one of the growing range of Panasonic power-zoom lenses, the lever can be used to set the focal length of the lens if you wish.