£529.99
Over the past few years Olympus’s OM-D series has gained fans in the CSC market with an appealing combination of solid, quality construction and an impressive imaging specification.

The all new Olympus OM-D E-M10 follows on from the E-M1 and E-M5, and is aimed towards the consumer end of the market as opposed to the higher end market served by its predecessor.

It meets this market with certain compromises made, including the omission of the weatherproofing seen in its stablemates. The E-M10 does, however, retain the same 16MP sensor seen in the E-M5 and inherits the TruPic VII processor from the E-M1.

This is a combination which could well make the E-M10 one of the best CSCs on the market. 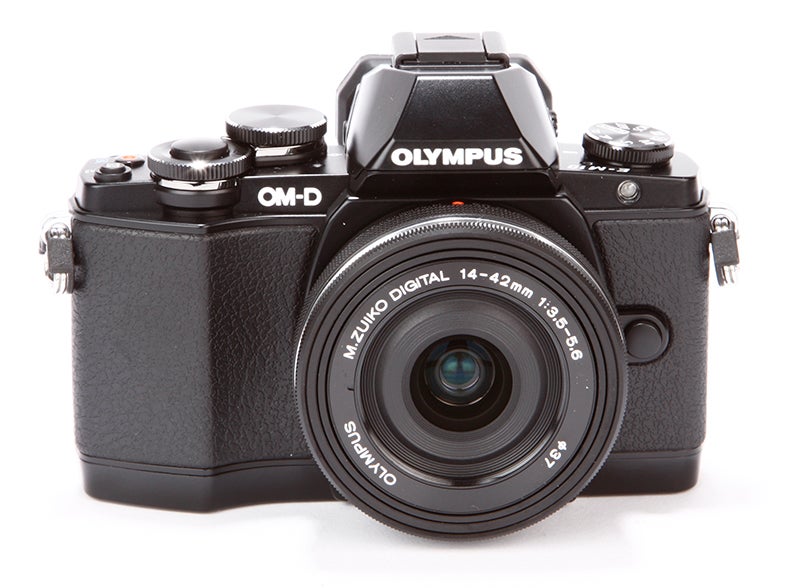 One of the eye-catching features of the OM-D E-M10 is its EVF. Quite often it’s an area overlooked by manufacturers when producing a smaller CSC at this price point, but that’s not the case with the E-M10.

The viewfinder features a resolution of 1,440k-dots and is well specified, including full dioptre adjustment, 100% field of view coverage and a stated lag time of as little as 0.027 seconds.

The viewfinder is accompanied by an impressive LCD screen. The screen measures in at 3in and, with a resolution of 1,040k-dots, is certainly in keeping with its mid-range CSC peers.

Furthermore, the LCD screen features full touch technology as well as being of the vari-angle type, and as such allows for shooting at a variety of angles.

One new addition to the OM-D range arriving on the E-M10 is the presence of a built-in flash. Where previously the OM-D series had relied upon a hot-shoe to mount an optional flash, the E-M10 features a built-in unit with a 1/250 sec sync speed. 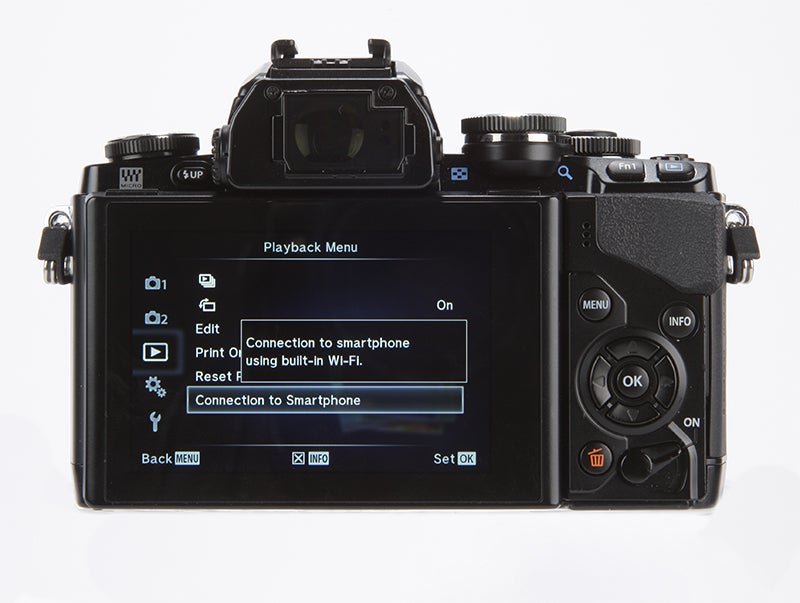 In terms of the camera’s sensor, the OM-D E-M10 inherits the same chip that debuted on the OM-D E-M5. The sensor is a Four Thirds unit, delivering a 16.1MP effective resolution.

The sensor is paired with Olympus’s TruePic VII image processor – the very same found on the flagship E-M1 – which delivers some impressive shooting figures including a continuous shooting speed of 8fps.

The E-M10 also features a 3-axis image stabilisation system which should help with the sharpness of images at slower shutter speeds, although it’s worth noting that this system is a touch inferior to the 5-axis system seen on the E-M1 and E-M5.

One of the main areas Olympus highlight in the promotional material for the E-M10 is that it comes with a host of functionality built-in – as seen with the addition of the built-in flash.

That’s also the case when it comes to the camera’s connectivity, as the E-M10 features built-in Wi-fi functionality. With this, photographers can control their camera remotely from either smartphone or tablet, as well as wirelessly transfer their images thanks to the Olympus OI.Share app.

The Wi-fi functionality also allows for the geotagging of images, and on the whole it’s a fairly comprehensive set of wireless functionality.