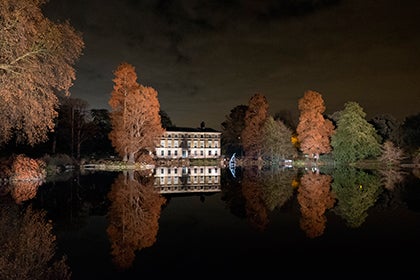 There’s a choice of ten white balance settings to choose from. While many users will opt to leave White Balance set to Auto you can expect the X-E2 to deliver consistent tones that are both natural to the scene and well saturated. We experienced no issues with colour indoors or out, leaving you to concentrate on your photography without the worry of the final result appearing too warm or too cool.

For those who’d like to enhance the colours in their images, there are nine film simulation modes to experiment with to emulate the traditional look of film, including Provia, Velvia and Astia. Anyone interested in black and white will also want to try out the mono settings, including the Monochrome+R filter that effectively enhances contrast and darkens skies considerably.

The X-E2 inherits the same 256-zone metering system from the X-E1, which it itself adopted from the X-Pro1. It’s a metering system that can be relied upon to produce accurate exposures and unless you’re shooting in exceptionally bright conditions, such as towards the sun, you’ll rarely find exposure compensation needs to be used.

An alternative to using exposure compensation is to use the X-E2’s expanded dynamic range settings, referred to as DR100, DR200 and DR400. The idea of these are to preserve greater detail in the brightest highlights of JPEG or Raw image and the results are impressive with considerable highlight detail retained in the DR400 mode.

With an same 16.3MP resolution, the X-E2’s sensor resolves an identical level of detail to the X-E1. Our resolution chart revealed 30 lines per millimeter were visible at ISO 200. This was sustained up to ISO 800, beyond which the detail dropped off slightly, but we were still impressed by 24lpmm being resolved at ISO 6400.

Users of the X-E2 will find little to fault in the way of detail and it should also be noted that the superb 18-55mm kit lens played its part in such an impressive readout with which the X-E2 was tested.

The X-E2 delivers an exceptional noise performance, with no sign of colour or luminance noise between ISO 100-800. At ISO 1600 a very faint trace of a noise creeps in, however it has such a fine structure it’s barely noticeable when viewed at 100%.

Noise becomes a slightly more noticeable at ISO 3200 and 6400, but is by no means unusable and was quickly taken care of using noise reduction in Camera Raw 8.3RC. Detail is well preserved right up to ISO 12,800 and this is the limit at which you’ll regularly want to push the sensitivity to unless you’re willing to accept more noise and a slightly more waxy appearance at ISO 25,600.

Comparing Raw images alongside JPEGs revealed comparable levels of detail at low sensitivity settings. As the ISO was increased Raw files came out on top with JPEGs unable to resolve the same level of bite. Unlike some cameras that can over sharpen JPEGs, the X-E2’s in-camera processing is subtle and effectively reduces the affect of noise at the highest sensitivities.

With no movie-rec button to be found on the body, HD video is accessed via the X-E2’s drive mode button. With movie mode selected, the shutter button is used to commence recording and the continuous record time at Full HD resolution (1920×1080) is capped at 14 minutes as opposed to 27 minutes at 1280×720. A 2.5mm microphone socket is included, however we’d prefer this to be s 3.5mm port to save the hassle of using a 2.5mm plug to 3.5mm socket adapter.