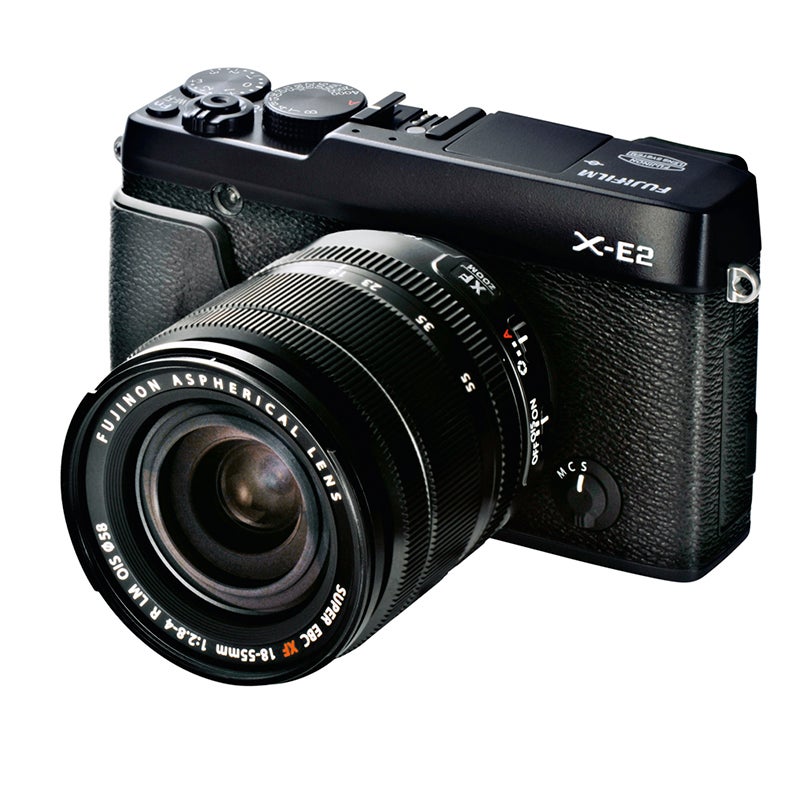 The X-E1 received many plaudits for its design, so it’s no surprise to see Fujifilm sticking with their winning formula for the Fujifilm X-E2. Its smart and elegant appearance shouts panache while being fairly understated at the same time, and when you see it positioned alongside the X-E1 it’s difficult to tell the difference between the two, especially when both share the same footprint and similar dimensions. With exception of the larger screen at the rear, which results in slightly smaller buttons alongside, nothing new stands out until you cast a much closer eye over the body.

The Q.menu button has been relocated above the screen, taking the place of the view mode button as found beneath the hotshoe on the X-E1. This has freed space beneath the exposure compensation dial for independent Autofocus lock (AF-L) and Exposure Lock (AE-L) buttons.

The responsiveness of the eye sensor that automatically switches the live feed of the screen to the EVF and vice versa is identical to the X-E1, while just like its forerunner the drive button beneath provides instant access to ISO bracketing, continuous shooting, HD video, motion panorama and a newly added set of advanced filters.

For other common settings such as aspect ratio, image quality, dynamic range and noise reduction, the Q.Menu is used in conjunction with the rear scroll dial, the layout of which is identical to the X-E1, the same of which can be said for the main menu interface. 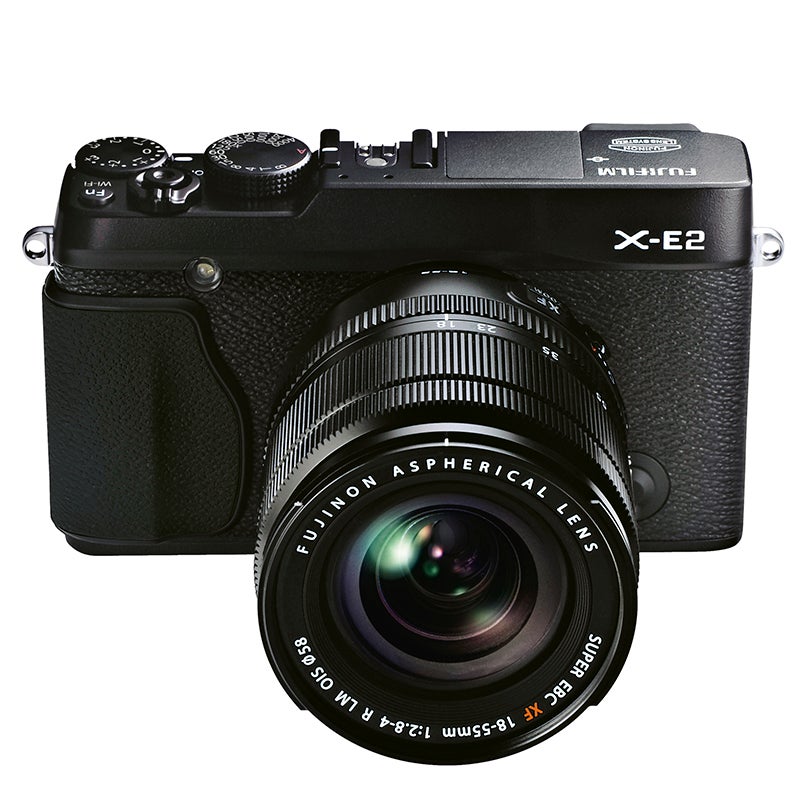 Back to the design, the magnesium die-cast top and front covers contribute to a strong and robust feel in the hand. Though the rubber grip at the front looks a little bit like an afterthought with its raised profile, it considerably improves handling.

Despite being a touch nose heavy with the kit lens attached the body feels comfortable in the hand over long periods, but does require support with your left hand under the lens for added stability. Although it’s just about manageable, the X-E2 is not a camera you’ll want to use single handedly.

Up on the top plate of the X-E2 the on/off button wraps itself around the shutter button where there’s an inherent thread for attaching a traditional screw cable release. The shutter speed dial like the exposure compensation dial is beautifully machined from metal, and there’s a greater separation between the ‘A’ setting for Auto control and the maximum permitted shutter speed of 1/4000sec, helping to make it feel like you’ve entered a new setting.

Unlike a DSLR’s standard P,A,S,M shooting modes, users are encouraged to take more manual control of the camera instead of setting the aperture and shutter speed to its ‘A’ setting which is equivalent to Program Mode.

Coming from a DSLR it’s a slightly different approach, however it quickly becomes second nature as previous X-series users will know.

One other perquisite is the option to assign a function to any one of the two function buttons or AF/AE buttons. Previously customisation was fairly limited with just one Fn button on the X-E1. This improves the customisability of the camera to a great extent and underlines Fujifilm’s commitment to listening and implementing the feedback they’ve received from their consumers.