£1,199.00
When Fujifilm launched its first X-series model in the form of the X100, it was quickly sought after by photographers who fell in love with its classic styling and elegant appearance.

Before long Fujifilm realised they’d hit the sweet spot with what modern-day photographers were looking for from their next camera in terms of its design, and quickly set about the task of creating an interchangeable lens edition with a similar APS-C sized sensor to meet increasing demand.

Eleven months later and the X-Pro 1 arrived with three X-mount prime lenses from which to choose. Since the X-Pro1’s success, Fujifilm’s X-series has matured from strength to strength with a range of new models aimed at targeting all types of consumers needs.

Whereas the X-Pro1 is largely aimed at professionals, the model that sits just beneath it in the product line – the X-E1 – borrowed some of its features to cater for the enthusiast who fancied a similar design and features at a more affordable price. The X-E1 has since been superseded by the arrival of the Fujifilm X-E2, but can how does this latest addition to the X-series build upon its predecessor’s success?

You can find out more about our experience with the Fujifilm X-E2 by reading our Fujifilm X-E2 field test, where Michael Topham takes it to the Scottish Highlands to find out if it’s good enough to tempt him changing over from a DSLR permanently. Our second Fujifilm X-E2 sample image gallery is well worth a look! 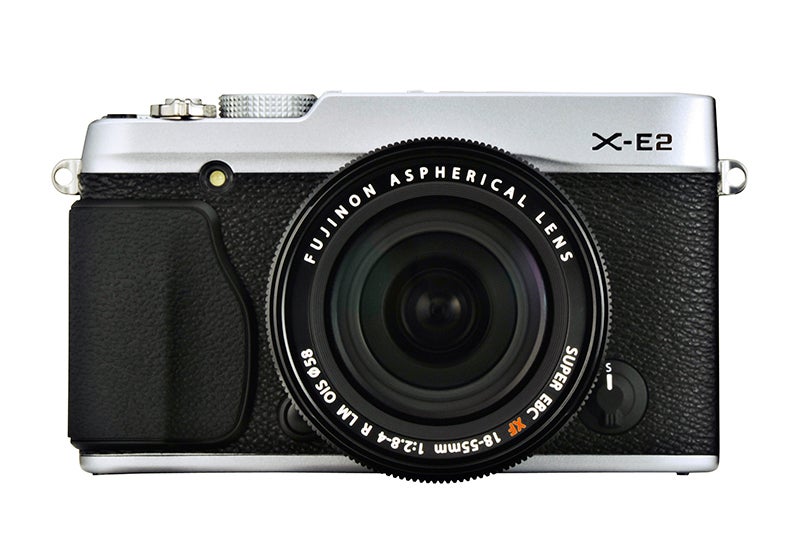 If it wasn’t for the engraved model number on the front of the body, you could be fooled into thinking the Fujifilm X-E2 is identical to the X-E1. Though we’ll study the design later in this review, very little looks to have changed on first glance and it’s not until you dig a little deeper into the specification that you realise most of the improvements and refinements are made within rather than being superficial.

Whereas the X-E1 inherited the X-Trans CMOS sensor from the X-Pro1, the  Fujifilm X-E2 employs the newer 16.3MP APS-C X-Trans CMOS II sensor that we’ve previously witnessed inside the X100S. With a structure more akin to film, the X-Trans CMOS sensor is said to keep moiré and false colour to a minimum, eliminating the need for an anti-aliasing filter, which in turn should deliver far sharper results than more conventional sensors.

The new X-Trans CMOS II sensor also incorporates over 100,000 phase-detect pixels built-in to the sensor to provide the X-E2 with an intelligent Hybrid AF system that utilises both phase-detect and contrast-detect AF, switching between the two for optimal focusing speed that Fujifilm claims can be as quick as 0.08secs.

This in part has also been made possible thanks to a newly developed autofocus algorithm that’s intended to improve accuracy when shooting low-contrast subjects and dark scenes where notoriously some cameras can struggle. 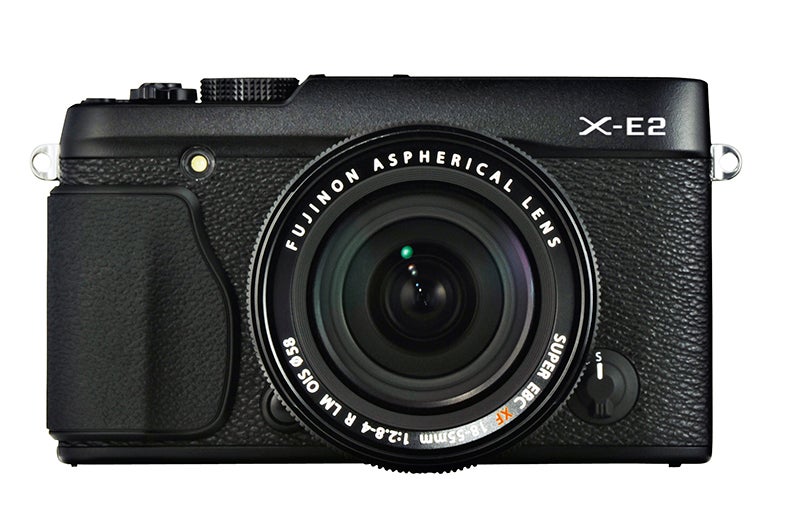 Beyond the new sensor technology, Fujifilm has taken the opportunity to upgrade the processor within the X-E2 and it now features an EXR processor II for a near-instant response time that’s also claimed to double the processing speed over the X-E1. With an all-new sensor and processor, you might expect the ISO range to have improved from the X-E1.

Just like before, the X-E2 has a fairly moderate native ISO range of 200-6400 that can be expanded to an ISO equivalent of 100-25,600. What’s interesting however is that you’re only given the option of shooting in the JPEG format in the expanded settings and not Raw, limiting the sensitivity to ISO 6400 if you prefer to record in the uncompressed Raw format.

Since the arrival of the X-Pro1, Fujifilm has worked hard behind the scenes to increase its range of XF lenses, with the X-E2’s X mount being fully supported by eight optics with focal length ranges covering 21mm-300mm in traditional 35mm terms. A glance at the manufacturers lens roadmap suggests this range is set to expand with an imminent release of the XF 10-24mm f/4 R OIS – expected in the early part of 2014.

As kit lenses go, the 18-55mm f/2.8-4 lens that’s bundled with the X-E2 is an excellent example and not only does it match the high quality build of the body, the fast f/2.8 aperture between 18-20mm (closes to f/4 at 40mm) enables a shallow depth of field to be created, while the built-in OIS optical image stabilization system (equivalent to four stops) helps to prevent handshake. 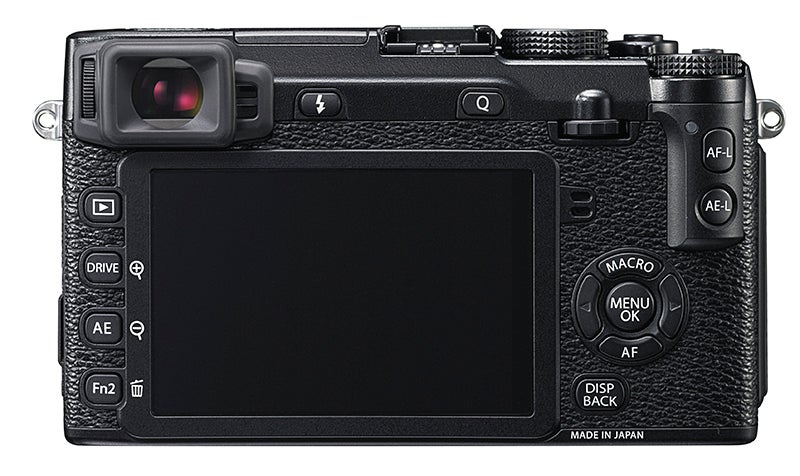 A significant improvement between the X-E2 and the X-E1 is the screen at the rear. Out goes the 2.8in display with a rather lackluster 460k-dot resolution and in comes a 3in, 3:2 aspect ratio display with a much more impressive 1,040k-dot resolution. Touch-functionality remains absent, seemingly in an effort to preserve the manual aesthetics of the camera, while helping to keep the cost down.

Above the screen, the OLED electronic (EVF) retains the same 2.36m-dot resolution, but to help enhance its performance in low-light, the refresh rate has been increased from 20fps to 50fps. Elsewhere the X-E2 boasts a number of minor improvements, including the addition of Wi-fi functionality.

This promises a straightforward one-press option to transfer images with the free Fujifilm Camera application, while exposure compensation adjustment has been increased from -/+ 2 stops to -/+ 3stops and manual focus has been made more user-friendly thanks to the inclusion of Digital Split Technology that can be used in partnership with focus peaking.