While the P7000 represented a strong design change when
compared to the P6000, the latest model in the series simply features
design tweaks on its predecessor. The rear of the camera sees the
largest change with regards to the LCD. The screen’s the same
proportions and resolution as its predecessor, although it can now be
tilted about a horizontal axis around over 180°. While it’s good to be
able to tilt the LCD both up and down, you can’t help but feel that the
best implementation would have involved the hinge being placed on the
side of the camera and thus facilitating both horizontal and vertical
adjustment. 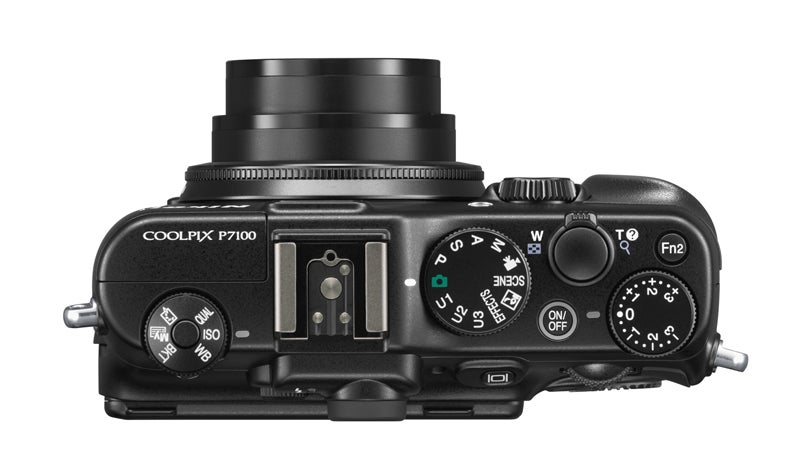 The front of the camera sees an addition in the form
of a new front command dial. The function of this can be alternated with
the command dial located on the rear, and between primary and secondary
functionality. Having the front command dial is useful and, when
combined with the new second ‘fn’ button and various other controls
housed around the P7100, you rarely need to enter any menu interface to
alter shooting settings.

While the P7000
impressed in many departments, the area in which it really fell down was
in its Raw capture process. Despite a firmware update, the P7000 took
an eternity to process Raw files. While this obviously wasn’t an issue
to those who shoot solely JPEGs, the status of the P7000 as an advanced
compact meant that these users were probably in the minority, and as a
result most photographers would find the Raw processing times to be
unbearably long.

The good news is that P7100’s Raw processing
speed is improved thanks to the ‘evolved’ EXPEED C2 processor. It still
takes the camera nearly two seconds to clear the buffer, but the delay
hampers the capture process a lot less than before. The P7100’s LCD
screen is of a high resolution and copes well in difficult lighting
conditions. One of the benefits of having a tiltable LCD screen is that
the photographer can angle it to make it more visible in direct
lighting, as well as being able to shoot at high and low angles. This
LCD screen is accompanied by a viewfinder, complete with dioptre
adjustment, although the viewfinder itself only boasts 80% coverage
which means you’ll be losing a reasonable amount of the preview image
when framing.

With the addition of an extra control wheel on the
front of the camera, as well as several buttons having been shifted
around, the body of the P7100 feels a little crowded. There’s no denying
that having direct access to such a wide array of shooting controls can
be very beneficial at times, although it’s easy to knock buttons during
shooting and make adjustments when not wanted.