Sony has announced the arrival of the Cyber-shot RX1, a compact camera with a full-frame sensor

Sony has announced the Cyber-shot RX1 camera, the first digital compact camera with a full-frame sensor and a fixed lens.

The RX1 boasts the same 24.3MP sensor that features in the A99 model – also announced today – in front of which sits a 35mm f/2 Carl Zeiss Sonnar T* optic.

On the inside, the model has an impressively broad standard ISO range of ISO 100-25,600 complemented by the option to extend this further to ISO 50 and ISO 102,400. Full HD movie recording is also on hand, as is a 5fps burst shooting mode, all of which is made possible by the company’s Bionz processing engine.

Keen to meet the needs of an advanced target market, the new model sees a mode dial on its top plate joined by an exposure compensation dial, as well as a customisable button next to the shutter release button and both an integrated flash and hot shoe for external units. 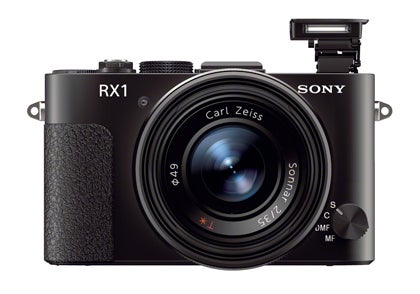 The lens, meanwhile, sees three rings around its side: one for aperture control, one for manual focus and a final one to switch between macro and standard focus. On the inside, Sony has equipped it with a nine-bladed diaphragm to facilitate circular bokeh, while also incorporating a type of aspherical lens into the optic dubbed ‘Advanced Aspherical’.

The RX1 will go on sale in December at around £2600. For more information visit www.sony.co.uk